Hoppers had victory snatched away from them in dramatic circumstances as Caldy scored two tries in the final five minutes to leave Lightfoot Green with a win.

Caldy started the match well and dominated the first half but only managed a single try and Hoppers came out in the second period a different team and looked to have done enough to win.

Speaking after the game head coach Garth Dew said; “We were really average in the first half and it wasn’t a good performance but we grew in confidence in the second and scored two really good tries.”

“Unfortunately we stopped playing at the end and somehow went from a line-out in their 22 to losing the game, we gave away silly penalties and our game management was poor, our decision making needs to improve”

“There are positives to take from this but we are not playing how we are practising, in the first half we wasted a lot of energy playing in the wrong parts of the field add to that two yellow cards and it’s tough to win as we looked like we’d done enough.”

“I thought Harry Moulding was outstanding, not only the two tries and his general play but for the try saving tackle on Nic Royle. Pete Altham made a difference to the scrum but it looks like we have lost him to injury as well and Jack Walker made a big impact taking his opportunity stepping up from the 2nds.”

Hoppers slow start and Caldy’s inability to actually cross the try line lead to the game being scoreless midway through the first half, although both sides had good chances and Nic Royle thought he had broken the deadlock only for it to be brought back for a forward pass.

Jack Lavin finally crossed after a 5m line-out was worked into the middle of the field before quick play gave Caldy a chance which the fly half took well. Hoppers were down to 14 men at the time and played 20 minutes of the game with a man disadvantage but fronted up well and defended with real vigour and intent.

The visitors missed two penalty chances late in the half that should have put them further clear and it looked to have cost them as Hoppers came out a changed team after the break.

Harry Moulding scored the first of his tries sniping round the ruck after Billy Woof and Jack Ward had got Hoppers to the line. Jack Walker made a huge impact off the bench and was rewarded with a try midway through the second half and when Moulding went over in the corner a few minutes later it looked like Hoppers had the game wrapped up.

However, poor execution of a clearing kick allowed Caldy to power to the line with Adam Kelly scoring from close range and with time expired Caldy took the ball from deep in their own 22, via a couple of tap penalties, and Andrew Soutar kept a cool head to exploit the man advantage of Hoppers scramble defence.

Dew added; “we have to take things from the way we played in the second half and move forward from this one, we have two tough away games coming up with trips to Stourbridge and Broadstreet and we need to build on some of the nice rugby we played and really take it to them.”
Full Time

The fantastic photos below are provided with permission by Mike Craig. 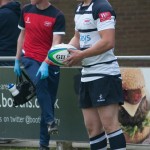 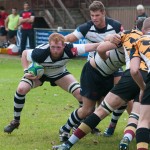 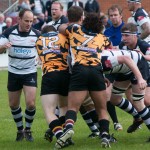 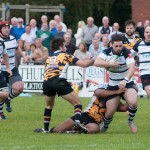 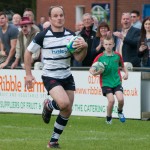 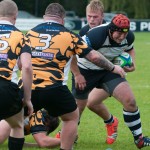 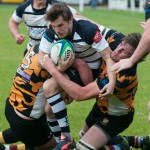 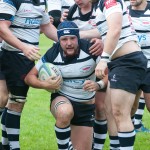 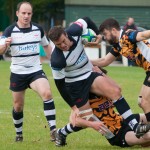 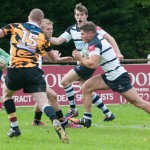 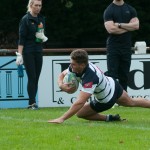