On November 23rd the 1st XV hosted Loughborough Students on what was a very special occasion for stalwart Ally Murray. Ally was taking to the field for the 200th time in a 1st XV jersey at the age of just 27! We caught up with Ally to look back at his debut and other memories.

Alastair Murray’s first appearance was for the last 20 minutes off the bench in the game against Harrogate on the 15th of October 2011 at Lightfoot Green before his full starting debut the following week at Luctonians, in which he played the full 80 minutes.

Against Fylde (21st December 2019), Ally became just the fourth player to reach the 200 League Appearances mark for the club, and holds the record for the most 1st XV starts in League games at Preston Grasshoppers. During the 199 games prior to this week, he has scored twenty eight tries. 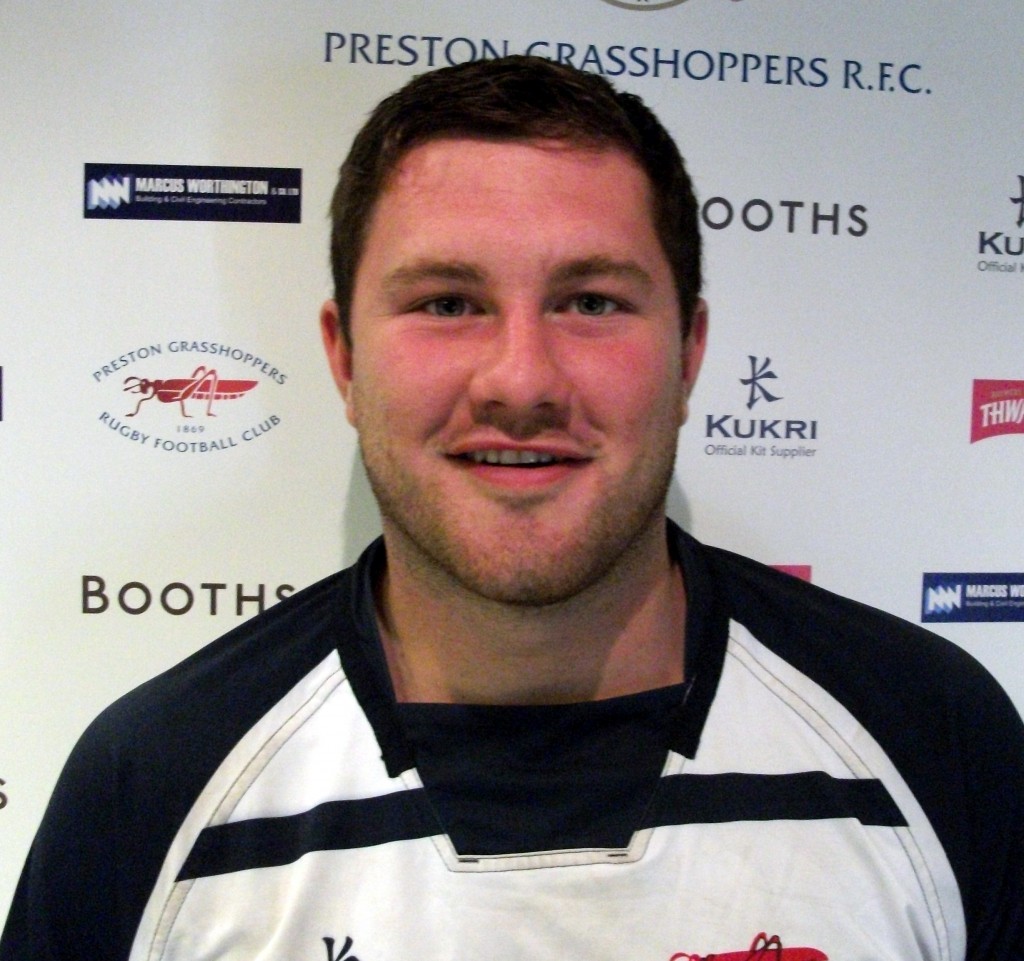 His 200 games will have been made over just ten seasons which is less than his three contemporaries, add to that the fact that since his debut in 2011, Ally’s name has been missing from the team-sheet on just forty five occasions. A truly memorable record!

What do you remember about your 1st XV debut for the club?

We played Westoe at home and won 27-8 I’m pretty sure!! Came on for about 15 minutes if I remember rightly

What does it mean to you to have represented Preston Grasshoppers 1st XV 200 times?

It’s a huge achievement, one I never thought I’d make. Just hope I can stay fit and injury free for a while as I’ve been hit with a few then I can get as many more before I’m 30 as possible!

Which is your favourite of the 200 1st XV games you have played and why?

Beating Fylde at home and also winning the Lancashire Cup

Which game leaves you with the biggest regrets?

Fylde away last year. Didn’t turn up as a team after having 3 really good performances before it. And also Kirby Lonsdale and Billingham away – losing our unbeaten streak in national 3.

At only 27 and with hopefully many games left in a Hoppers shirt, what do you hope to achieve in the future with Hoppers?

I hope to be successful in everything we do. To get the club into national 1 is an ambition but at the moment I want us to be successful across the board. 1s 2s 3s 4s 5s and running a 6th team again must be our focus as a club imo.

Congratulations to Ally on a remarkable achievement. Here’s to many more appearances in a Hoppers shirt.