Last week I mentioned about the work that was being done outside at the Club by Dave Preston and volunteers. This week I want to update you on improvement work being done inside the Club.

Long standing Club member, sponsor, player and stalwart Pete Carter has been working on installing new offices and reception near the main front entrance. The work isn’t finished yet but new windows have been installed looking out on to the car park and also inside by the main entrance. The structural work has been largely finished inside with walls plastered. 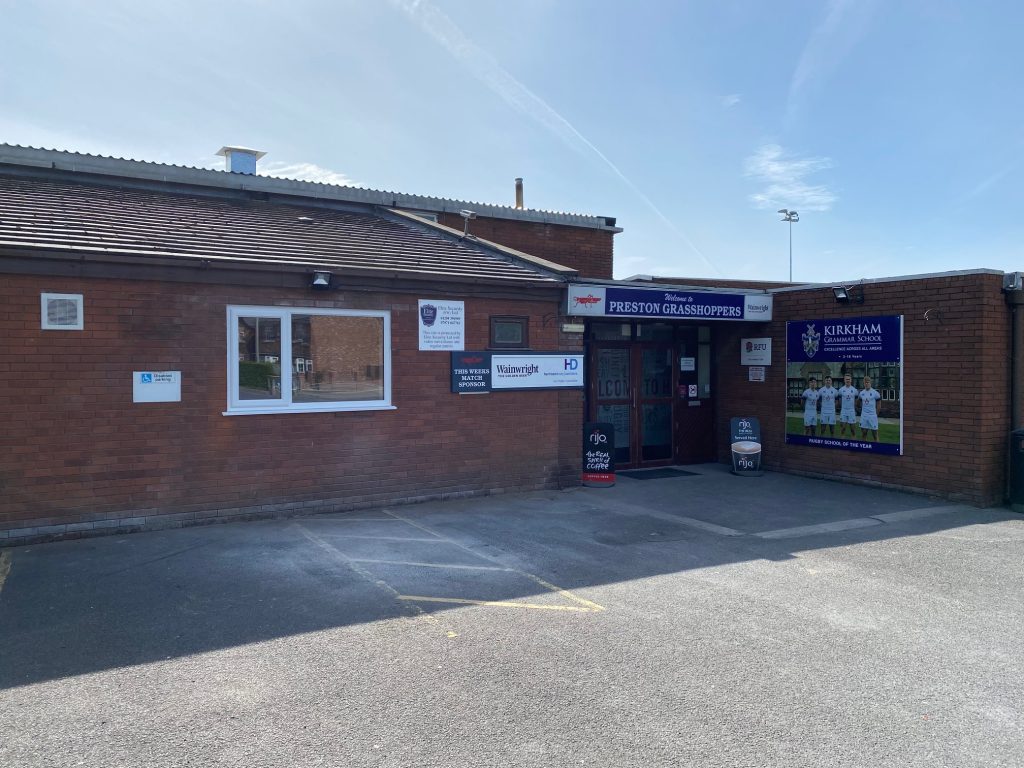 This work will lead better use of our limited space and enable better reception and “front of house” for functions and events.

There has also been work going on in the Dooley Suite which is to enable the large room to be split to a 70/30 split which will enable better utilisation of the room and allow two functions to be held at the same time. To date the work has been carried out to allow the partitions to be suspended from the ceiling next month. The work to date does not appear too dramatic so I have spared you a picture. It consists of the vital installation of the supports from which the partitioning will hang. The partitions which are high quality with high acoustic soundproofing are due to be installed early next month.

Before the partitions are installed the painting  will be completed (by fully qualified Phil Whatmough, another long term member, supporter and volunteer at the club), new flooring fitted (by Gainsborough Flooring, valued Club sponsors), a new door fitted for exit from the Dooley Suite to the flagged area by the AGP and a new suspended ceiling fitted. The latter will replace the current stained tiles which we suspect have been in situ for over 30 years and should provide a better visual appearance and improved acoustics.

The above two projects have been carried out under Capex approved prior to the recent Club Survey. The three remaining projects under this heading are:

More major projects which were mooted in the survey are dependent on funds which in turn is dependent on assessment of when and at what level we return to trading. However the closure of the Club does give a great opportunity to carry out decorating and general tidying up work in:

This work could easily be carried out by volunteers and anyone keen to help the Club should offer their services in the first instance to info@pgrfc.co.uk.