Hoppers 2014/15 season got off to a disappointing start with a narrow defeat to a new look Hull at Lightfoot Green.

On a more positive note this was Rich Morton’s 200th appearance for Hoppers; Rich has been a wonderful servant to the club both on and off the field and his contribution is greatly appreciated by members, supporters and the players.

In a closely fought contest Hoppers had a number of chances to put points on the board but a mixture of close calls and some poor decisions denied them until late in the game.

Hoppers new Head Coach Garth Dew remains positive but knows there is work to do saying; “There were some encouraging signs but we made poor decisions and butchered a few opportunities that would have turned the game.”

“We have a lot of young lads but we need to control the game better and if we had shown more patience it could have been a different result but there are 29 more games to go and we will get it right.”

“We dominated the set piece winning the majority of our ball and causing them lots of problems. I thought Chris Taylor, Reece Tomlinson and Ali Murray played well. It was good to see John Peterson back after a long injury and a special mention must go to Rich Morton who made his 200th appearance for the club which is a fantastic achievement.”

“In the backs we had a new centre partnership and Tom Hurst did well running some good lines and was strong in defence, John Embelton also looked sold after time away from the game”

Hoppers took an early lead through the boot of Lewis Allen but it should have been more. They had the chance to score twice but failed to get the ball through the hands and were pinged for crossing to deny a certain score. While disappointing this did highlight the brand of rugby that Hoppers will continue to play this season under the new regime.

They held the lead until midway through the half when 13 unanswered points from Hull took the game away. Jessie Bright was on the end of a sweeping move after a solid line out before Jonny Matthews powered his way over in the same corner five minutes later after a quickly taken tap penalty. Tomasi Tanumi slotted a penalty from beyond 40m to give Hull a 13-3 lead going into the break.

Hoppers started the second half strongly but couldn’t break down a strong Hull defence, Lloyd Davies and James Cameron exchanged penalties as defences were certainly on top throughout.

After sustained pressure on the Hull line Allen finally got a try for Hoppers setting up a grandstand finish with just five minutes to play.

However, Hull stood strong to win even though Hoppers had the ball inside the visitors 22 after a succession of penalties but they tried the short side too many times and were held up.

Looking forward to the rest of the season Dew said; “We need to get the basics right and we will use our video analysis to help the lads sort things out. There is a lot of depth in the squad, we have consistently had over 40 players to training and there were a few lads disappointed not to be playing today so there are real competitions for places”

Photos used with the kind permission of Mike Craig. 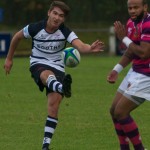 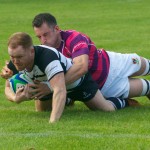 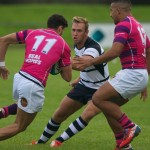 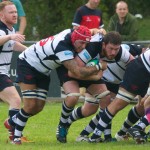 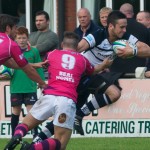 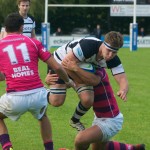 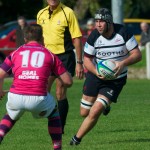 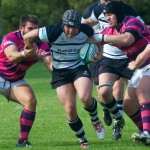 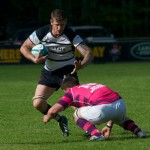 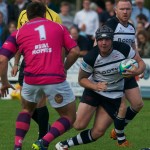 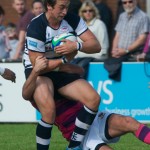 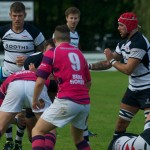 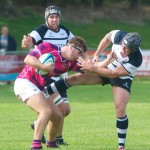 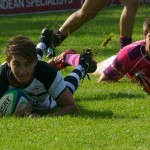 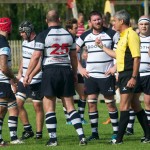 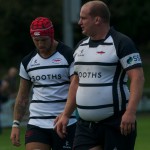 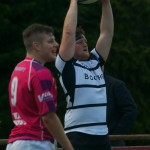