The teams ran out in damp weather with an overcast sky and a noticeable breeze blowing down the pitch.

Hoppers had made one change from last week with Harrison Moulding, now fully fit after his return to the Club, in at Fly Half for the injured Jake Squirrell.

Blackburn kicked off and straight away looked to pressurize the Hoppers’ forwards by phases of fast passing resulting in a try for centre, Russell after just ninety seconds. The conversion into the wind failed but Hoppers were 0 – 5 down before they’d had time to think!

Undaunted, they quickly struck back when their restart kick was sent back up field and collected by Jordan Dorrington.

He broke towards the 10m line and passed to Tyler Spence who blazed down the wing where he was tackled on the Blackburn 22.The ball was knocked into touch in the tackle and Hoppers were given the line-out.

Ally Murray collected the ball and, having made good metres into the Blackburn Red Zone, he passed it to Chris Taylor to score in the left corner. The conversion attempt from wide on the wing drifted past the uprights on the strengthening wind, however, the game was back in the balance at 5 – 5.

The pattern had been set early on and the half progressed in a long series of phases from both sides involving forwards and backs moving the ball across the field and gaining ground only to be sent back by a lost ball, a clearance, or a penalty kick.

Blackburn did inch ahead when they were awarded a penalty on their visitors’ 22 in front of the posts. Their winger, Simpson, easily slotted the ball and the score moved on to 8 – 5.

This was redressed when, ten minutes later, in an almost mirror image of the Blackburn shot, Hoppers had a penalty on their hosts’ 22 with which Ben Pearson, the wind behind him, also had no difficulty in converting and the scoreboard again showed the honours even. 8 – 8.

With the clock approaching the end of the half Hoppers were pressing the Blackburn line. They were awarded a penalty and a quick tap had Matt Lamprey crossing the whitewash left of the posts. This time the conversion was good and the session ended with Hoppers leading 8 – 15.

Hoppers started the second half and the battle for possession and ground resumed. The Preston pack was not dominating their opponents in the scrum as they had in previous matches and penalties were denying them any real progress.

It was just ten minutes before Blackburn levelled the score again when they secured the ball from their own scrum on the Hoppers’ 22 from which winger, Jarrold, managed to get over the line. Kicking with the wind this time, Simpson converted. 15 – 15.

Hoppers moved on again and, after a long series of phases from both sides, found themselves pressing the Blackburn line with a series of drives which attracted too many penalties from their hosts and they were awarded a penalty try for a deliberate knock down. 15 – 22.

Blackburn rallied and thought they had scored but the ball was deemed to have been held up so, it was back to the running, passing game again.

Hoppers were defending a string of attacks inside their 22 when Harry Moulding was shown a yellow card. From a penalty a minute later, Blackburn were able to drive to the line and score their third try which, after the successful conversion left the score at 22 – 22.

With only minutes left the game could have gone either way as Blackburn missed a further penalty from the Preston 22 and then Hoppers chose to tap and run theirs from a similar position when perhaps a shot at goal might have secured the win.

After the match Arnie was pragmatic:

‘To be honest, I think they deserved to win that one. I think we were quite naive in patches, we gave away too many silly penalties and we never played in the right areas.

I’ve been asking the players all week to play the game and not the occasion and I think the occasion got the better of them.

I’ve heard Blackburn fans today saying that this is the biggest game in their history, to play against us, and I think they deserved their points and can count themselves unlucky that they didn’t win.

We have to dust ourselves off. It could have been a loss, that’s the only positive I can take from it. We go again next week with another tough game against Lymm, so we must make sure we switch on again before we have another week off.’

DoR, Gareth Dyer also gave his impressions of the game:

‘I thought it was a really good game with two teams who have given everything. I think both sides will look at it and think they had good opportunities to win it. There is disappointment with our discipline and the way we’ve managed the game in those last ten minutes when we had a chance to finish it and, for whatever reason, we messed it up. Then we invited pressure right at the end when we might have lost the game so, in the end, perhaps a draw is a fair result.’

The support today was really good with a strong contingent of hoppers’ fans travelling to the game. Let’s get behind them again next Saturday and hope we can get back on the winning path. 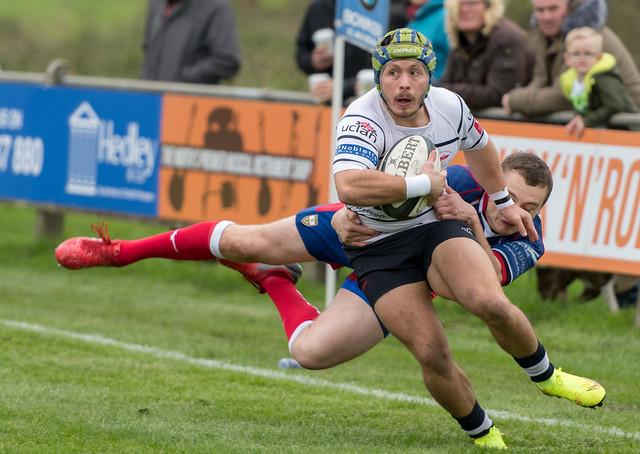