Hoppers travelled to the Wirrall with yet another changed side, looking to turn around their fortune in games of late. Caldy were unbeaten so far this season and at home they would be a tough nut to crack.

Kick off was at 2.15pm and the day was dull with a touch of dampness in the air as the teams trotted down the steps from the old clubhouse.

The hosts set things in motion and Hoppers were immediately under pressure as they conceded two early penalties deep in their own half. The first enabled their opponents to cross the whitewash but the ball was held up. From the second Caldy gained a lineout on the Hoppers’ 5m line and their number five, Sanders, scored just right of the posts. With the extras added by outside centre, Roberts, Caldy took the lead after six minutes.

Things didn’t improve for Hoppers when just three minutes later they were another seven points down as scrum half Davies took a quick tap penalty to put winger Royle in at the corner and with Roberts wearing his best kicking boots the conversion was never in doubt even from wide on the wing.

Hoppers rallied and Nick Gregson made a break from the half way line into the Caldy 22. He was supported in numbers but then his pass was intercepted by full back Hayes who then ran the length of the pitch to score the third try much to the vocal delight of the home crowd. Once again Roberts made sure of the conversion and with less than a quarter of the match gone it was beginning to look worrying for the Preston lads.

From the restart Hoppers were awarded a penalty just outside their opposition’s 22, in front of the posts. Gregson stepped up to what looked like a ‘nailed-on’ three points but to everyone’s amazement the ball went wide.

However, the team kept up their attacks and, with the referee playing advantage for two high tackles, they were soon back in the Caldy 22 where Jake Squirrell engineered a slick pass to Ben Dorrington to score left of the upright. Gregson was on target with the conversion and the score moved on to 21 – 7.

Despite Hoppers’ attempts to extend their tally, mistakes and handling errors, so much a part of this season’s pattern of play, continued to dog their efforts as Caldy piled on the pressure. A try-saving, but high tackle from Gregson gave the home side a penalty from which their forwards combined in attack and after a slick reverse pass they scored the Bonus Point try and another seven points thanks to the boot of Roberts.

It’s always easy to take the view that Hoppers seemed to be having little luck with the officials as decisions went against them, but after Ben Dorrington had been hit without the ball and gone down injured, no-one appeared to notice. However, only minutes later, he himself was the subject of a yellow card for an off the ball tackle putting the visitors down to fourteen with five minutes to the break.

Hoppers rode out the half preventing Caldy from capitalizing on their advantage and the teams went in at 28 – 7.

The home side had been far and away the stronger and were dangerous when they had possession. Whilst Hoppers were once again responsible for their own errors in handling which had given their opponents the opportunity to score points, their own efforts had been foiled all too often by penalty decisions made against them.

For the travelling supporters it must have looked a long, hard road if there was to be a comeback.

Hoppers restarted and kicked deep into the Caldy 22. The clearing kick found touch at the half way line and from the lineout Hoppers moved back down to the 22 again. Caldy defended well and play rapidly moved up the field to the Hoppers’ 5m line putting pressure on their try line.

Relief came in the form of a decision which went Hoppers’ way as the Caldy full back Hayes was shown a yellow card.

But the let up was only brief as, in spite of being a man down, Caldy scored their fifth try only seconds later when number 8, Dickinson crossed the whitewash and Robertson collected yet another two points.

Hoppers kept on attacking and a break from Jordan Dorrington from inside his own 22 to the Caldy 10m line was encouraging and became even more so as play moved forward to the try line only for the ball to be held up.

At this point Captain PJ Millea was on the receiving end of a particularly ferocious tackle and was replaced by Chris Taylor. He was followed shortly by Adam Howard and Noah Miller who gave way for Luke Proctor and Dan Madden but fresh legs couldn’t stop the Caldy onslaught and within five minutes of the changes Dickinson went over again for their sixth try and with monotonous continuity, Robertson collected the two points to make the score 42 – 7.

More injury heaped woe on the visitors when Ben Dorrington came off with a very painful looking hand and took no further part in the proceedings.

Once again Hoppers set out for the Caldy ‘red zone’ and this time their efforts were rewarded when, with the home side reduced to fourteen as a result of the yellow card shown to Ridgeway, Taylor was able to slide in towards the corner and Gregson secured the conversion.

Two more yellow cards saw Hoppers’ Toby Harrison and Caldy’s Harrison Crowe leave the field after a light hearted discussion about each others’ play ended in a bout of physicality. The home side retaliated ten minutes later when a series of phases from a scrum on Hoppers’ 5m line put their scrum half over for their seventh try which Robertson duly converted.

Just when the Hoppers’ faithful may have been thinking, ’that’s it’ and ‘let’s get into the bar’ their team had another go and this time it was Luke Proctor doing the honours and Joe Prior adding the points.

Hoppers took the ball from the restart and they might have made another try but with the players moving forward with the ball in hand, the decision to kick it once again lost them possession and at the final whistle the score stood at 49 – 21.

Arnie was pragmatic as ever, albeit very frustrated,

“Once again we were the architects of our own downfall. Gifting 36 points to an unbeaten side is not a way forward.

Caldy are a very good team. They have quality players and are clinical in possession. We made too many mistakes and the frustrating thing is that our players are not doing what has been discussed in training. Having said that, to score three tries against this team is something.

We must become more clinical ourselves and we need to capitalize on the next matches. With James Gough coming back and Ally Murray likely to start next week the side is returning to strength and may be further boosted by a new face.”

We await the mystery addition to the ranks and look forward to the home fixture against Loughborough Students who sit six places above us in the table. 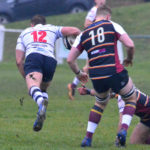 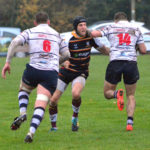 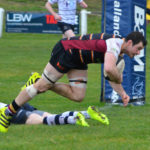 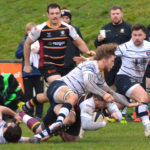 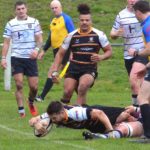 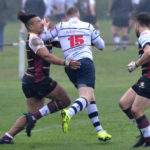 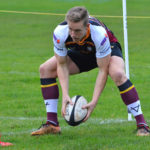 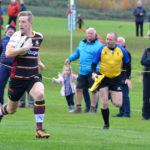 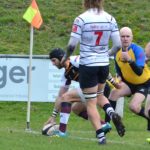 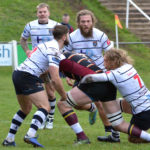 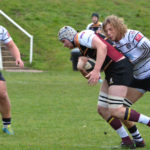 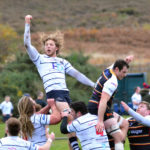 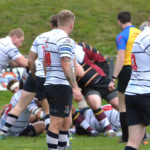 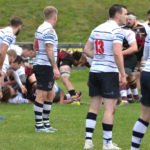 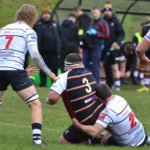 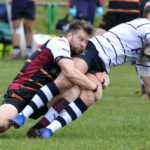 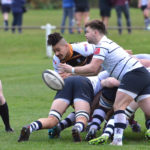 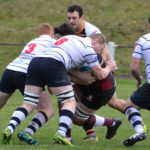 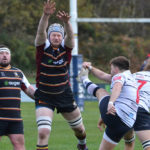 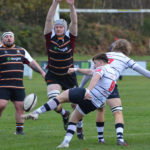 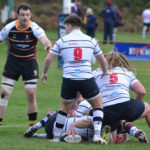