Preston Grasshoppers ran another of the leagues high flying clubs close but had to settle for leaving Hare Lane with a losing bonus point.

In a game of contrasting halves Hoppers embarked on a spirited late comeback after Chester had controlled the majority of possession and territory and could have been well clear at the break if not for some excellent defence.

The hosts will rue their missed chances but the line speed and commitment of the Hoppers defence made it difficult to breakdown and the desire to chase down the ball carriers on Chester’s few line breaks was in evidence throughout the contest.

Hoppers head coach Garth Dew said; “We came here to win and we were confident given the way we played against the top two, it’s a shame that we couldn’t sneak a win but that was a great effort from the lads.”

“We didn’t play well early on and we gave them a few chances with mistakes and errors and they are an intelligent side. When we got the ball we did well and came back strong, we lost our way a little midway through the second half but finished the game the better side.”

“Again the forwards put in a big shift, Chester are meant to be a dominant pack but we took them apart at times. We’ve had a tough run of games but we have a week off to get bodies fit and I see no reason why we can’t win every game from here.”

How the first half ended 10-0 to Chester is a testament to the way the players have developed in 2015 as Chester were camped inside Hoppers half from the start with the ball only crossing the half way line twice in open play the entire 40 minutes. 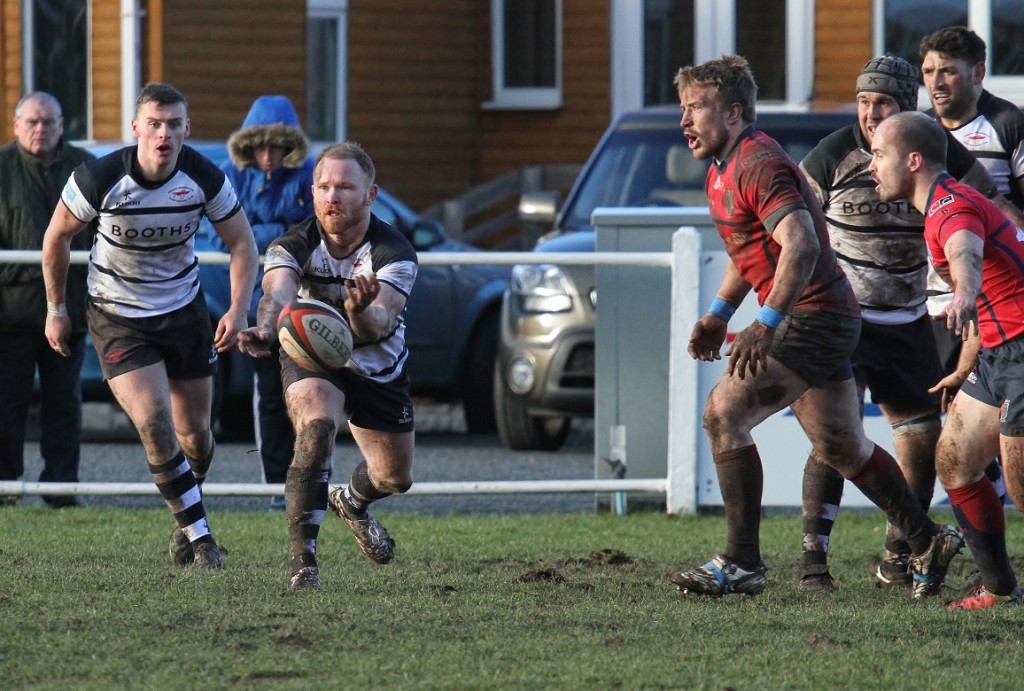 Sam Kindred gets the ball away, photo courtesy of Colin Taylor

Chester looked to kick penalties to touch but Hoppers pack stopped them on numerous occasions inside the 22 and in the end they settled for a Rhys Hayes penalty just to get points on the board. Hoppers looked to have held out until a mistake fielding a high ball just before the break allowed the dangerous John Ketland to score. Ketland could have had a second minute’s later if not for great scrambling defence forcing him into touch.

Hoppers started the second half well and were rewarded with a Lewis Allen penalty, he and Hayes slotted two kicks apiece as the second half progressed with Hoppers more than seven points down entering the final minutes. A superb break down the left lead to a 5m scrum one final chance and a huge effort from the pack forced the Chester scrum back over its line before foul play left the referee no option but to award the penalty try.

Hoppers looked to run the resulting kick off from deep but a knock on spurned any chance of a victory, much to the visible relief of the home players, coaches and supporters.

There is a free week next weekend so Hoppers next game will be on March 7th when they take on Harrogate at Lightfoot Green.