Hoppers opened up their 2015-16 National 2 North account with a losing bonus point at Chester. A spirited performance saw them pull their way back from a two try deficit and could have seen them snatch the game as the hosts spurned a number of good chances.

Chester has built a side around a strong pack and this was in evidence throughout but a lack of creativity and some naivety in attacking situations coupled with some committed Hoppers defence kept the game close.

Hoppers in contrast struggled at the set piece, although they improved at the scrum, but their backs were able to cause havoc with the little ball they were presented with and scored two excellent tries.
Speaking after the game head coach Garth Dew said; “we’ll take a point but we could have had four, it took us 15 minutes to get up to speed but when we did get into the game and get some ball we looked like scoring.”

“It’s our first real hit out but there are a lot of positives to take from this, we had a couple of 18 year old lads on debut who did well, we’ve scored two outrageous tries, one which Sean Taylor created from nothing and then Charles Hough set up the second with good pace and skill, and our defence was good in the second half and our work at the breakdown improved throughout the game.”
“Our set piece needs work, the line-out was an issue, but I thought our tight five dug deep against a Chester pack who are as good as anyone in the league.”

Things looked bad for Hoppers in the opening quarter of the game as the only time they were in the hosts half was from the opening kickoff. Chester scored two tries in this period for a 12-0 with Shaun Strudwick touching down a 5m maul and the impressive John Ketland to crossing in the corner after another line-out surge and good hands out wide.

Hoppers came to life midway through the half and scored from a line-out of their own, but this 50m effort was all about the backs. Quick ball allowed them onto the front foot and the returning Sean Taylor cut a brilliant line before shrugging off a couple of defenders and setting up Scott Jordan.
Jordan got his second score with the last play of the half as Chester lost possession on the Hoppers 22 and Charles Hough showed good football skills down the left wing to keep the ball in play and set up his fellow wing.

Chester finally scored midway through the half as Rhys Hayes took advantage of space well to glide in for a converted try. Taylor narrowed the gap with a penalty but it could have been more after he and Ally Murray made a superb break but Hoppers just couldn’t get over the line.

With the game drawing to a close the hosts seemed content to secure the points and ran out the clock with their large pack keeping the ball in tight and allowed to run out the clock for a narrow win.
Hoppers host their first home game of the season next Saturday when they entertain Sale FC.

Thank you to Mike Craig for allowing us to use his excellent photos which you can see below. 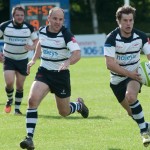 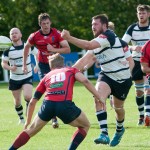 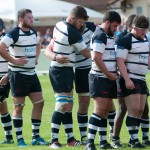 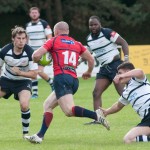 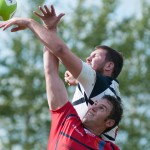 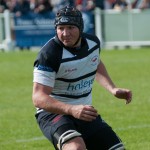 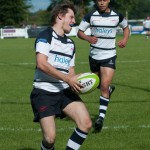 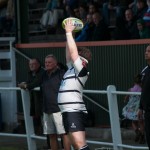 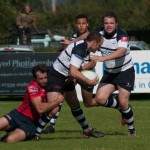 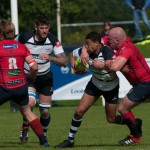 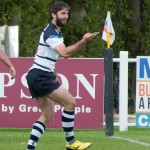 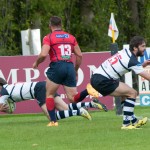 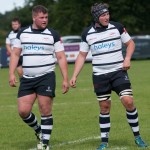 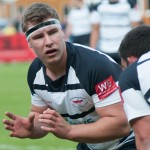 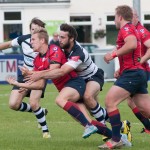 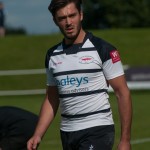 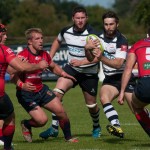 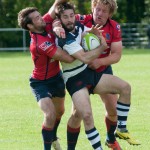 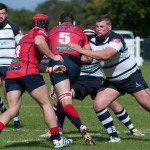