With a total of sixteen of the first team squad unavailable, mainly through injury, Hoppers went to Hinckley with several players appearing for the first time this season.

Ewan Naylor was promoted from the second fifteen for his first ever senior outing and Will Davidson started for the first time this season having made a real impact last year. To the delight of the travelling supporters, they were joined by prop Oga Mabaya, who had been pulled out of a second team run-out at the last minute to take his place on the bench for his first appearance since the serious injury which had kept him out of the game for almost nine months. Tyler Spence also returned after missing the match last week.

The long day started at 8.30 am with breakfast at the club along with a capacity turnout to watch the World Cup Final. The car park was packed and whilst the intention was for the team coach to set off directly after the game in Japan had finished, it was almost twenty minutes before it was able to leave.

With the start at Hinckley put back to four o’clock to allow people to watch the World Cup Final, it was getting dark when the home side kicked off under the floodlights on a pleasant, late autumn evening with not a hint of a breeze. Hoppers collected the ball and started to make their way up the field where a kick forward proved to be a little over ambitious and ran out behind the goal.

From the scrum on the Hoppers’ 10m line Hinckley broke to the 22 and a penalty gave them a lineout on the visitors’ 5m line where they were able to drive to the line and score their first try. The conversion was good and with just five minutes of the game played Hoppers were seven points down.

This proved to be the pattern for the game as the strong Leicester side used their possession well denying the Preston forwards any chance to make ground but the Hoppers defence, as usual, kept them at bay and for almost half an hour the battle swung to and fro until, from another lineout on the Hoppers’ 22, their forwards crossed the whitewash for the second time. Again the conversion was good and at the half hour mark Hinckley had what looked like a comfortable lead.

Undaunted, Hoppers came back just before half time when a long break from full back Jordan Dorrington took them to their hosts’ 22 where he nudged a nicely weighted kick pass through the defence for the rapid Jacob Browne to collect and finish a few metres wide of the posts. Ben Dorrington’s conversion missed the mark and shortly after the teams went in for the half time break with the score at 14 – 5.

The half had been strewn with errors. Kicks had not found touch, tackles had been broken too often and the home side had been winning the dogged battles in mid field using their possession well and converting it into tries. They were dangerous anywhere near the Preston try line putting the Hoppers on the defence for much of the half.

For the Hoppers’ supporters, the presence of Oga who came on after twenty three minutes, made an obvious difference in the scrums when the pack were able to drive their opponents with some strength.

The second half started well with Hoppers scoring their second try after only seven minutes. Will Davidson made yet another break and passed the ball the Sam Stott to score but the extras were avoided yet again by the kick which was pushed wide of the uprights, but with the score at 14 – 10 and thirty minutes left, Hoppers were back in the game.

It took just four minutes for Hinckley to respond with a converted try followed from the restart by a penalty which pushed their lead on to 24 – 10.

Once again the Preston side rallied and with play resuming the pattern of scrums and lineouts interspersed with the odd penalty, another ball kicked forward, this time by Joe Prior, found Jordan Dorrington who raced over the line. His brother then slotted the conversion between the posts and with ten minutes of the match remaining, it put them in Losing Bonus Point territory.

However, this slender margin was quickly increased when Hinckley scored another penalty on seventy-five minutes to put themselves ten points in front and eventually take the win.

Coach Paul Arnold was quick to praise the team’s performance,

“I am immensely proud of the lads today. Last year we were destroyed here and with the side we were able to field because of the injuries to sixteen of our regular players, there would not have been any argument if they had lost by fifty points. But, having gone behind, they kept their heads up and they did get within touch of a bonus point. From that point of view it was a really good performance.

There were good performances too by those lads making their first outings this season. Ewan Naylor, called up this week had a really good twenty minutes and Will Davidson on his first time this season made some super breaks. As for Oga, he looked like he’d never been away and made an obvious difference from his first scrum.

As I have said before, there are no easy matches in this league and next week we take on Chester. We need to regroup and be more clinical but with some players returning we will be getting back to strength.”

Chester’s match was cancelled yesterday which puts them a place below us in the table on seventeen points but still with that game in hand. A good turnout will help our team so let’s get behind the lads and push them on to winning ways. 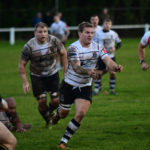 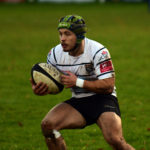 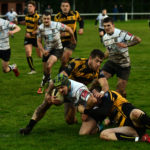 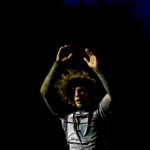 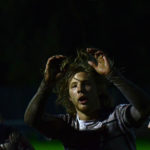 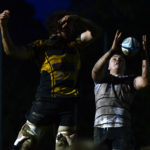 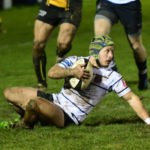 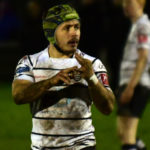