Hoppers 1st and 2nd XVs travelled to Underly Park with the senior side keen to put the memory of their last visit well behind them when, on a wet and very windy afternoon, they suffered a defeat.  From the travelling fans’ point of view it was a pleasingly different story that was played out in bright sunshine on a still, autumn afternoon.

Kirkby Lonsdale kicked off and were pressing into the Preston half when Jacob Browne intercepted a pass and raced through the opposition line to score after just four minutes. Tom Walker’s conversion from out on the wing failed but Hoppers were off to a good start with the score at 0 – 5 after only four minutes.

The game then settled into a pattern of open play with phases of prolonged fast passing from both sides moving the ball back and forth across the field as each team attacked their opposition 22, Kirkby Lonsdale showing they could keep possession for much of the play whilst Hoppers defended well and were able to repulse their pressure.

Then they suffered a setback when only fifteen minutes into the game, Luke Procter had to retire with a painful shoulder injury and was replaced by Sam Gale. However, ten minutes later they had increased their lead after Kirkby Lonsdale were reduced to fourteen by a yellow card. Matt Lamprey peeled from the scrum to pass to Jordan Dorrington to score the first of his four tries to the left of the posts. Again the conversion failed to hit the mark but Preston were now starting to dominate. 0 – 10.

They were further aided by a red card shown to the Kirkby Lonsdale 4, Vause, for a tip tackle and when hooker Harry Holden fought his way through to the line it looked like Hoppers had pounced on the advantage only to see the Touch Judge flourish his flag as the Hooker strayed over the white line. Seconds later he atoned for his mishap and again battled through a tough defence to score nearer the posts. The conversion by Jake Squirrell put Hoppers in the driving seat at half time and they went to the break leading 0 – 17.

The second half continued the running, open play with both teams gaining and losing ground, the home side still pressing the solid defence of their visitors.

Breaks, firstly by Browne who shot through the opposition from his own 22 to the Kirkby Lonsdale 10m, and then from Ally Murray feeding Browne to send Matt Crowe into the Red Zone served to boost the confidence of the Hoppers’ side.

The pressure finally paid off when the ball was passed to Tyler Spence on half way where he blazed through the opposition in a trademark break down his wing to score the Bonus Point try for Hoppers just ten minutes into the half. Squirrell had no difficulty with the kick and Kirkby Lonsdale were now looking down the barrel of a nil defeat.

‘Fortune favours the brave’ so it’s said and host side never gave up. So, when Hoppers seemed to lose concentration for a while, they had a good period of possession which enabled Ralston to cross for their only try of the game. The conversion by Walker fell woefully short in the still conditions but the five points on the board saved some embarrassment.

The try however, acted as a wake-up call to the visitors and despite yellow cards being shown to both sides, Grasshoppers consolidated their command of the game with a trio of tries by Jordan Dorrington in the last ten minutes as they ran out the winners by 5 – 41.

Head Coach Paul Arnold was happy with the result:

‘It was a good five-point win and with the Second XV winning here earlier it has been a successful afternoon. It was the first game after Donny’s death and it was emotional for me this morning, thinking I wouldn’t get the phone call or text from him and we wanted to win today and have a performance to do him proud.

Unfortunately it wasn’t our sharpest performance, we got a bit sloppy in the second half and I think sometimes when you play teams at the lower end of the league it’s easy to have a high opinion of yourself, expecting to walk it. Kirkby Lonsdale were up for it and made it difficult for us but a few tries at the end made it a better score line. We know we have some tough games coming up but I am pleased by the performance of the players that have come into the side this season and I think we can be confident facing those fixtures.’

Club Captain, Ally Murray was pragmatic in his assessment of the match:

‘The red card made it a bit dead early on. It’s always going to be difficult coming to places like this with a big home crowd and a wide pitch, their teams are up for it and they know how to play the slope and the conditions.

From a personal point of view it’s been a tough week losing Donny so it was doubly important for us to put in a performance and get five points.

In the second half we gave away too many penalties, we need to look at our discipline when we’re under pressure. We lost a bit of concentration. We’ve got to respect teams because everyone’s going to throw everything at us. When you’re up there, you’re there to be shot at and whilst Kirkby are not having a good season, their position in the league doesn’t reflect how good a side they are and with their ability and the good coaches they have, they should be OK …….. until we play them again!’ 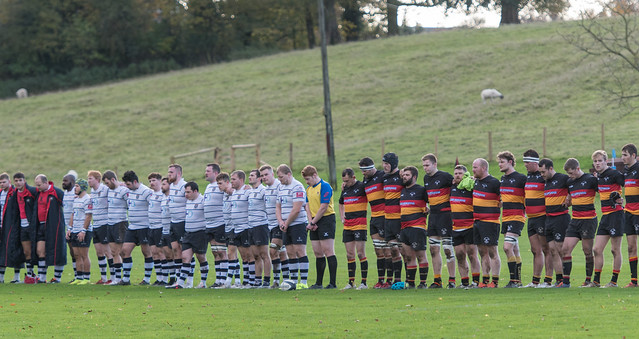