Hoppers were handed their second home defeat of the season in emphatic style as league leaders Ampthill ran in nine tries in a clinical performance to maintain their unbeaten start to the season.

The visitors combination of powerful forwards, who could all handle the ball and carry well, and quick clinical backs was too much for Hoppers. Ampthill play a very attractive game and look to keep the ball alive at every opportunity with great running lines and support work.

Hoppers coach Garth Dew said; “this was a tough day, I can’t remember the last time Hoppers conceded this many points at home, but we have to be pragmatic as that was a real test against a very good side.”

“Ampthill are a very well drilled side with a number of good players but to concede four tries so early is disappointing and made it a long tough afternoon. We need to get back to basics and cut out the mistakes and the bad decisions as we have a hard run of games coming up.”

“It was good to see Andy Napier back in the 1st XV after a horrific injury and he played well in difficult circumstances. There were times that we caused them a few problems but we lacked the nous to really make the pressure pay.

“We now have to go back to the seven day cycle a prepare for what will be a tough trip to Sedgley, there is no point going ballistic at the players but we need to learn from this and see what we did well and what lessons we can take from what they did well, there are 25 games to go so it’s a long season.”

Amthill got off to the perfect start with a try in the opening minutes as Joe Bercis touched down with the visitors showing there ambition and ability to keep the ball alive.

Michael Di Ponio crossed for the first of his hat trick minutes later before Villami Ma’asi powered over from close range. Di Ponio secured the bonus point with a superb score from a sweeping backs move midway through the half.

Hoppers tried to get back into the game but their hard work was undone by a Brendan Burke interception score, although three well struck Lewis Allen penalties made it 9-31 at the break.
The second half was again dominated by the Ampthill; a penalty try in the opening minutes of the half set the tone before a score from Brad Scharff put the game beyond any doubt.

Hoppers did improve and looked to get into the game but Ampthill’s defence was as good as their attack with a line speed and tenacity that forced mistakes and poor decisions.

There was still time for Di Ponio to touch down for his third score, bringing up the half century of points, as the visitors’ slick handling and ball retention again caused havoc in the home defence and replacement Kieran Duffin rounded off the game with a poachers try sniping around the ruck close to the line to cap an impressive win. 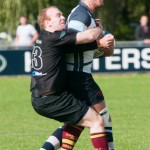 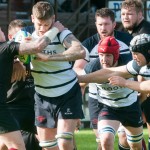 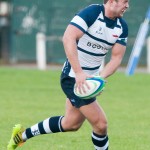 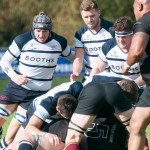 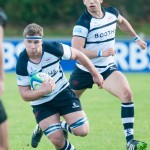 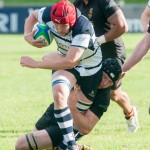 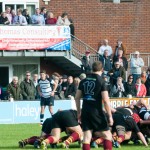 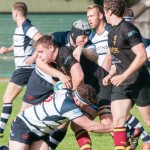 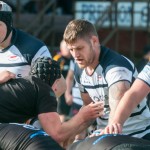 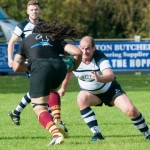 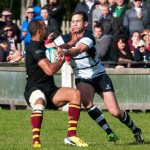 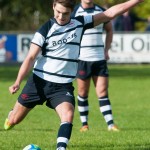 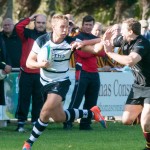