Hoppers were soundly beaten by high flying Chester and failed to record a single point in a disappointing performance at Lightfoot Green.

While Hoppers had their fair share of territory and possession they were unable to unlock a fast and physical defence and made simple errors and mistakes. The 29 point difference flattered Chester as Hoppers pack certainly had the upper hand at the set piece and at least parity in the loose but the visitor’s backs took their chances and came away with points on every visit to the 22.

Head Coach Garth Dew said; “We made a lot of mistakes again and were punished by a good team, we got into an arm wrestle which wasn’t the right thing to do and while I can’t fault the attitude the application just wasn’t there and there were far too many penalties and errors.”

“Chester had two visits to our 22 in the first half and came away with two tries and when we were attacking we made unforced errors which you can’t do against the top sides. I’ll never blame the officials but we didn’t get the rub of the green on a lot of decisions, Chester were killing the ball but it’s us that end up with 2 yellow cards.”

“We knew Chester would play with a blitz defence but it took us 70 minutes to react to it, you have to play on the front foot and keep them honest but we made bad decisions and they were able to suffocate our attack.”

“You have to look for positives and I thought the pack played well, the set piece was dominant and that’s amazing when you look at the size of the lads but you have to take chances and while they may be a lot of endeavour in our side, games are won in those top two inches.”

Hoppers started the game well and almost took the lead when a Lewis Allen penalty struck the post; they had a couple of early chances and dominated the opening exchanges but couldn’t make the possession count.

Chester showed why they are riding high in the league as they finished nearly every opportunity with Sean Green opening the scoring finishing off a sweeping move.

James Whitelock-Wainwright strolled over for the second score before the break and Hoppers were reduced to 14 with Phil Mills shown a yellow card as Hoppers fell afoul of the officials; Will Goodwin’s penalty gave Chester a 15 point advantage at half time.

The second half mirrored the first with Hoppers having ball but unable to make it count and after Reece Tomlinson was sin binned Chester sealed the game with a Rhys Hays interception, the centre read a speculative pass and sprinted 70m untouched to score the try under the posts.

They secured the bonus point in the final minutes after a stolen line-out gave them the initiative with George Nott crossing to take all five points back to Cheshire.

Dew added; “We are ten games in now and people need to take responsibility as we can’t keep saying we’re a young team. We’ve played the top three teams and been well beaten but we played well and deserved more at Sedgley and smashed Leicester Lions but we need to start picking up some points as there are some winnable fixtures coming up.” 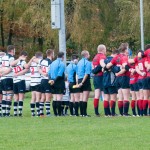 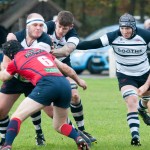 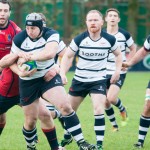 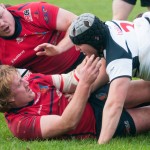 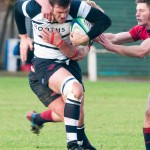 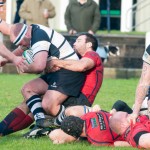 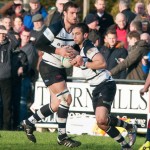 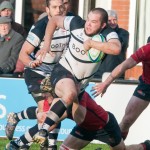 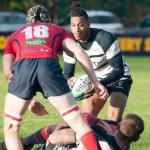 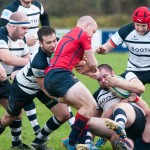 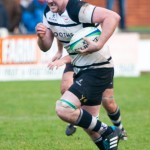 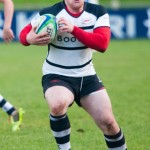 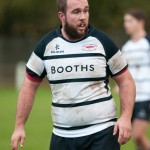 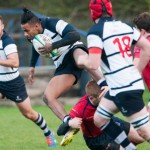 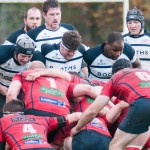