Hoppers fell to another heartbreaking home defeat as a Joel Hinchliffe penalty in the final minute secured victory for Huddersfield.

After making poor start to each half Hoppers fought their way back from a 15 point deficit and looked to have won the game with a try five minutes from time, but a couple of unnecessary penalties allowed the Huddersfield scrum half to land a kick from the 22 and they saw off the closing seconds for the narrowest of wins.

This is certainly one Hoppers would like to have back as they dominated the majority of the game with a solid display from the forwards both in the loose and at the set piece and scored some impressive tries; collecting the bonus point along the way. However, they were undone by their own ill-discipline and poor decision making and handed the win to Huddersfield.

Head Coach Garth Dew was frustrated with the result but tried to remain positive, saying: “That’s the third time we’ve lost a close game in the last minutes and it’s very frustrating. In the first half we allowed a team to come here and play a basic style of rugby and school us in how to play in National 2. Their 10 played it very simple, kicked well, turned us and waited for mistakes and penalties and it took us 60 minutes to start to play in the right areas.”

“We played all the rugby but are still trying to force it from the wrong positions on the pitch. The pack was quality again and we have destroyed their scrum and were dominant with our driving maul and defending theirs, but for some reason with the final penalty we let them have the maul and infringed.”
“I thought Sam Russell did a great job when we moved him to Fly Half and made us play in the right places, Scott Jordan is a different class and took his tries well and Billy Woof and Harry Reddick looked solid and sharp in the midfield.”

Hoppers started poorly and failed to clear their lines with a couple of poor clearances before Ben Mitchell capitalised on some poor tackling for a simple try. This sprung Hoppers into life and they spent the next ten minutes camped in the visitors 22 receiving a number of penalties before Nick Sharpe was shown a yellow card. Hoppers took the scrum and a nice exchange between the excellent Chris Taylor and Sam Whyte put Jordan over for the first of his two tries.

Hoppers failed to kick on after though as some odd decisions from players and officials thwarted the attacking play and it was a couple of penalties that allowed Huddersfield to kick to the corner with Austen Thompson going over from the catch and drive. Lewis Allen and Hinchliffe would slot a penalty each for a 10-15 score-line at the break.

The second half got off to a disastrous start as Chris Bell charged down his opposite number to sprint clear for a try which was converted by Hinchliffe who added a penalty a few minutes later. Again the try, along with a change of half backs, lit a fire under Hoppers and the forwards set the platform with another good scrum with quick hands across the backline putting Jordan over for his second.

Chris Taylor powered over from a five metre scrum a few minutes later and after another exchange of penalties Mark Murray looked to have sealed the win cutting a nice line after yet another dominant attacking scrum. But it was not to be as Hinchliffe kicked Huddersfield to victory with his fourth penalty. 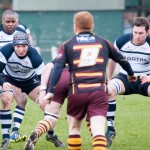 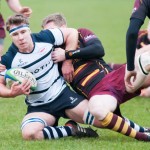 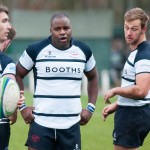 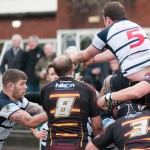 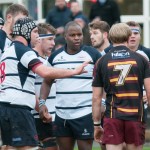 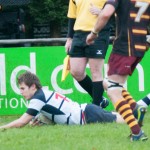 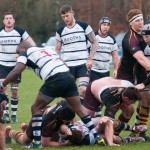 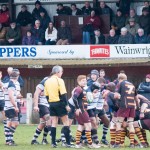 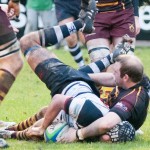 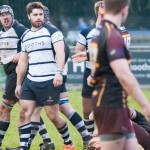 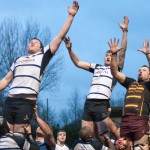 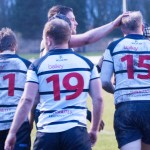