Preston Grasshoppers put in another good performance against one of the table toppers but came up just short against Hull Ionians.

The visitors controlled the territory and possession for large parts of the game but struggled to really breakdown the resilient home defence and had to rely on set piece tries and their power game.

In contrast Hoppers looked dangerous whenever they had the ball and scored three wonderful tries with two starting in their own 22 from turnover ball.

As expected Ionians came with a powerful side and were camped in the Hoppers 22 for most of the first half but couldn’t get across the line, Hoppers stout defence was a tribute to the work they have put in after a difficult period before Christmas.

After soaking up plenty of Ionians attacks it was Hoppers who took the lead when Sam Kindred touched down a superb counter attack; Ionians spilt the ball deep in Hoppers territory and after as clever kick Mark Murray and Scott Jordan combined to put the scrum half away.

Lewis Allen added the conversion and a penalty to stretch the lead but Ionians came back strong with a Makin try after a strong line-out, from which Chris Taylor received a yellow card, and Isaac Green levelled from the tee with the conversion and a well struck penalty.

Allen restored Hoppers lead with a superb solo try just before the break as he cut his way through a disjointed defence to give Hoppers an unlikely lead.

Again Ionians started strong with their trademark power game and tries from Danny Hague from a scrum against the head, Joe Sanders from a line-out drive and a second from Makin secured the bonus point.

Hoppers launched one final assault as Jordan rounded off a sweeping move grounding a deft kick from Sam Russell but Ionians held out for the win as they kept Hoppers deep in their own territory for the final five minutes. 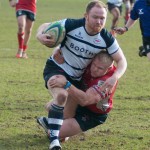 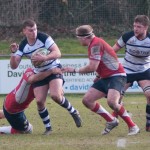 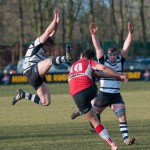 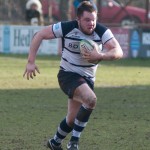 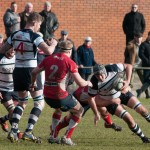 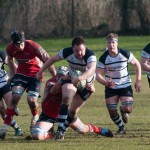 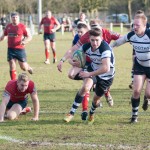 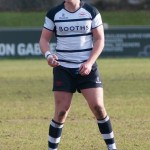 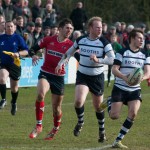 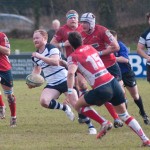 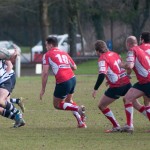 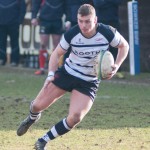 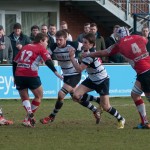 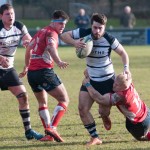 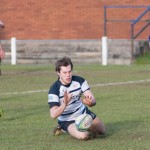