Hoppers ended a three game winless run with a bonus point victory over Luctonians at Lightfoot Green on Saturday.

Looking for a much needed win Hoppers came flying out the blocks, and got their first try after two minutes through Tahir El Mahdi, who fended off several challenges to cross over the line.

They got their second minutes later, following a break through the Luctonians’ defence. Philip Baines was on hand to finish off a fine move by the hosts after being put through by Sam Whyte.

Luctonians were struggling to get back into the game, and weren’t being helped by several knock ons from their own backline. They were eventually punished by the hosts, with Jack Banks going over for the third try of the match. A late penalty from Geraint Langdon being the visitors’ only points on the board by the end of the half.

The second half saw five yellow cards, which disrupted the flow of the game. The visitors had three players sent to the bin, whilst Hoppers saw two of their own given their marching orders.

Hoppers grabbed their bonus point try late on through replacement Harrison Moulding, before Michael Cheasley went over right at the end for a consolation try for Luctonians after a scramble between the forwards on the Hoppers’ try line.

Head coach Garth Dew was pleased to get back to winning ways and said: “that’s what we wanted at the start of the day, it’s been a tough few weeks, and it’s a valuable five points for us.
“In the first half we scored some nice tries and played some good rugby, but the second half was very frustrating. A lot of penalties, a few yellow cards but luckily we got over for that bonus point try and that’s the main thing.”

Dew was also took positives from the fact that it was his side and not the opposition that came flying out the blocks, adding: “It was massively pleasing that we started well, we’ve had a habit of conceding early in recent games but I thought we went out, stuck to our game plan and got it into the new wingers’ hands and they caused a bit of trouble.”

Next up is an away trip to Stourbridge, And Dew says Hoppers will have to play better if they want to get a result.
“We certainly have to improve in a number of areas if we want to come from the Midlands with some points but today will do the lads a lot of confidence and I think we can go there and pick up a win.” 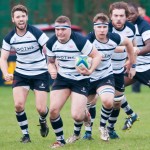 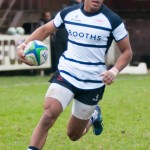 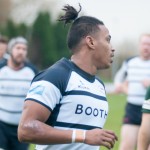 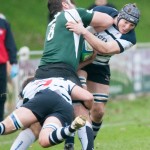 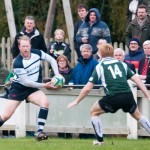 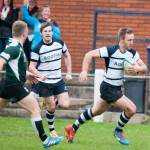 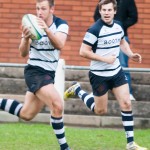 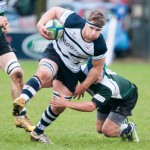 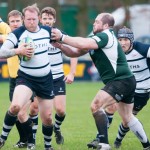 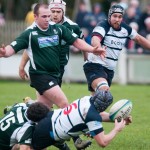 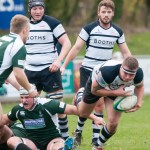 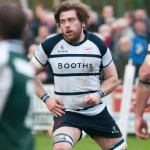 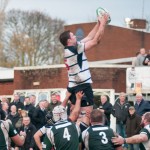 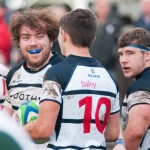 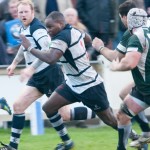 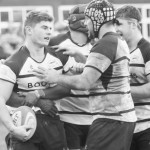