Hoppers recorded back to back wins for the first time this season as two tries from Christian Taylor and a late winner from John Mackenzie sealed the win over Sandal.

After dominating for long periods Hoppers were given a scare as the visitors scored two quick tries to level the game with ten minutes to play but Hoppers showed great resolve and composure to move the ball down the field for the match winning try and close out the game.

Speaking after the game Head Coach Garth Dew, who again came off the bench early in the first half, said; “I believe we’ve turned the corner now, we played very well in the first half and it was disappointing to let them back into the game in the second but we went and got the winning try which was really encouraging and we show take real confidence from it.”

“I think adding a few old heads to the squad had made a difference and given us direction, in the short term at least I think I am more valuable on the pitch and with Alan Holmes on the sidelines as well it’s something we’re comfortable with. We again gave away too many penalties which gave them a way back in but we dug deep and showed the doubters we’ve learned lessons.”

“While I thought this was a fantastic team win there were a few young lads that really stood out, Luke Procter has been a revelation at number 8, Christian Taylor was the stand out performer and Harry Moulding was excellent once again.”

Hoppers started the game well with a solid platform but it was two superb breaks from Moulding that got them into dangerous positions before Sandal infringements gave Sean Taylor the opportunity to kick a couple of penalties for a 6-0 lead.

The full back appeared to have got the first try from a quick tap and a well worked move but play was brought back for a forward pass. Sandal got on the board when Greg Wood halved the deficit but the fly half missed a number of opportunities through the game which put pressure on Sandal.

The opening try came midway through the half as Christian Taylor and Ally Murray utilised a short line-out and the hooker fended off a would be tackler before sprinting over from nearly 40 yards.
Hoppers took a 13-3 advantage into the break and came out firing in the opening minutes of the second, a catch and drive was pulled down close to the line and they aggressively went for the corner again and scored from the 5m line-out with Taylor grabbing his second from another clever set play.

Sandal got back into the game taking advantage of numerous penalties and some generous decisions as Wood landed his second penalty before tries from James Heron, from a catch and drive, and replacement Luke Norbury with a powerful carry by the posts drew them level.

However, Hoppers got themselves deep into the Sandal 22 being awarded a 5m scrum; Procter’s attempt from the base was held up but the Sandal defence could do nothing about Mackenzie who came from deep onto a sympathetic pass to crash his way over. Taylor landed the conversion with a superb kick from the touchline and while the visitors managed to get into the 22 Hoppers were able to hold out to secure a valuable win.

Thanks to Mike Craig for once again giving us permission to use his excellent photographs. 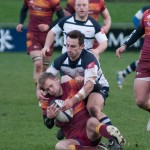 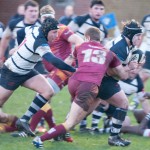 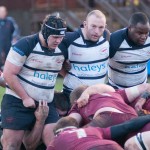 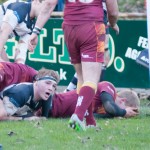 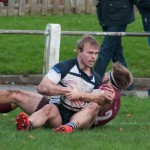 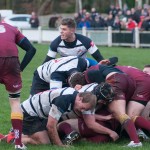 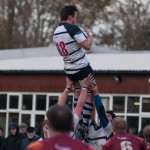 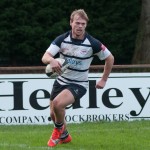 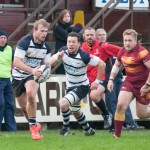 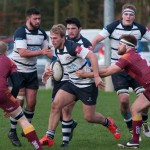 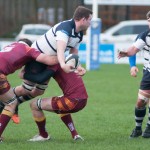 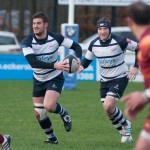 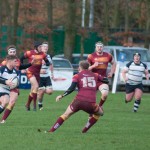 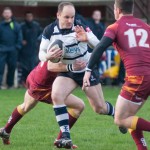 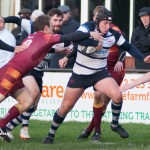 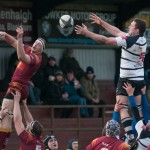 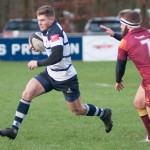