Built around a solid performance from the pack, at the set piece and in the loose, Hoppers were able to control the ball and the clock for large periods of time and stifle the attacking prowess of their visitors.

It was an impressive defensive display from the home side as they stopped Sedgley from scoring a try and only allowed two well struck penalties from distance.

Head Coach Garth Dew said; “That’s a massive win for us today. I said in the programme that we looked a bit jaded when we went to Broadstreet but since then we’ve come on in leaps and bounds. The attitude of the lads at training has been first class and they are gaining confidence. We went to Ampthill thinking we could get something and I was really confident about getting a result today.”

“The pack were excellent again, I thought Jack Banks was outstanding and being able to move Ali Murray into the back row adds some real bulk. We were very physical and able to counter ruck and did a great job at the breakdown. Again the lads off the bench had a real impact and it’s great to be able to rotate our props to good effect.”

“We probably could have scored more and really put them to the sword, we took our tries with some nice interplay, especially the second one which Scott Jordan did brilliantly to create and I thought that was a very professional performance.”

Sedgley started well but were soon turned over inside the Hoppers 22 which seemed to put a marker down for their day. At times they looked dangerous, especially when there skilful backline was given space but too many simple errors, poor decisions and an inability to properly breakdown the defence meant they rarely troubled the Hoppers line.

Hoppers scored two good tries, both from hooker Phil Mills which were added to by eleven points from the boot of Lewis Allen. The opening try came after a good lineout which was moved down the short side by the half backs before being quickly recycled into the midfield for the score.

The second was a real collector’s item as another lineout, this time on Hoppers 22, was driven on before Scott Jordan was put through a gaping hole at the side of the maul by Billy Woof. Jordan he had the whereabouts and the pace to beat a man and linked well with Sam Russell before offloading to the rampaging Mills who powered his way over.

The game ended in a stop start manner as tempers started to flare with Sedgley’s frustration becoming apparent, however it was Jordan who was shown a yellow card for an off the ball incident. There could have been a few more cards as there were a couple of flashpoints before the final whistle and Hoppers looked to have scored a third try after a miss placed pass was hacked on and finally touched down by Lewis Allen but a 5m scrum for a knock was given to the surprise of the majority in attendance.

Hoppers have a few tough fixtures coming up including back to back away games at Birmingham Solihull and Leicester Lions, before entertain the league leaders Hull Ionians. Looking forward Dew added; “we need to keep this momentum going after a good win. There is no reason why we can’t get something from two more long trips and the game against Ionians. The lads have worked really hard on their Strength & Conditioning and in training and it’s starting to pay dividends.” 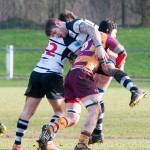 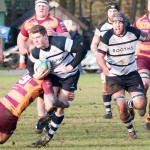 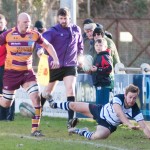 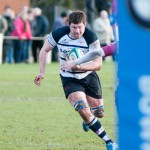 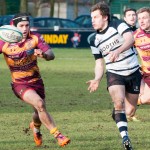 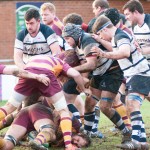 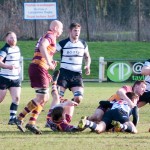 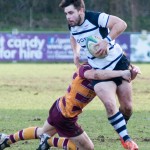 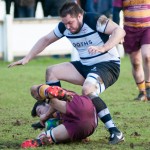 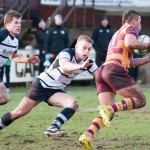 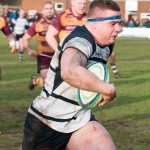 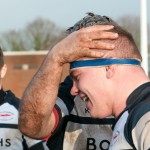 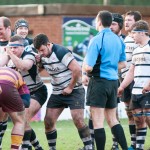 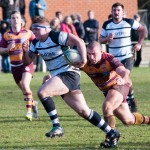 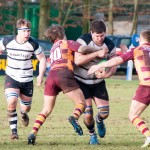 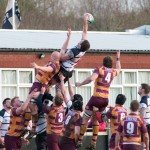 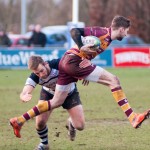 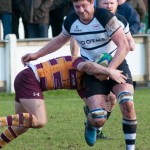 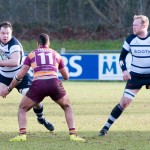 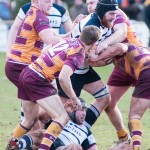 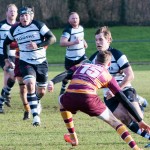 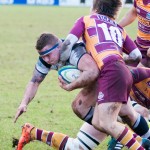