A superb comeback saw Hoppers claim an excellent win in difficult conditions against their high flying neighbours Sedgley Park in front of a bumper Christmas crowd.

A boisterous home crowd must have been nervous with the visitors crossing the line twice in the first ten minutes but Hoppers showed the recent resilience and excellent wet weather rugby to claim their fourth win in the last five games.

A delighted head coach Garth Dew said; “we gifted them 12 points and it was a nervous start but we finished the first half well and were fantastic in the second. It’s been a hard 18 months but I really feel we’ve turned the corner and it’s a very satisfying feeling to see the hard work pay off.”

“We were guilty at the start of the season of trying to play too much and we were taught a lesson by some good teams and in difficult conditions but today we handled the elements well and scored some good tries. We were probably giving away nearly a stone a man to their pack but I honestly think we wanted it more.”

“Obviously the pack will get the credit but I thought 9 and 10 were outstanding and controlled the game, Mark Murray epitomises the effort and the commitment we’ve shown recently. Also, Scott Jordan took his tries really well and Sean Taylor was class as usual.”

Sedgley started well with two good tries, either side of a Taylor penalty as Matt Riley’s powerful run through the midfield set up Andy Riley to stroll in untouched and Dan Waddy touched down at the back of a 5m catch and drive to give the visitors a 12-3 lead.

However, that was as good as it got for the men from Manchester as Hoppers pack took control with ferocity at the breakdown and a dominant scrum which helped set the platform for both tries.

Taylor landed his second penalty to bring Hoppers within a score as Hoppers grew into the contest. Scott Jordan went over for the first of his two tries as a solid Hoppers scrum gave an edge for Sam Whyte to make a nice break and perfectly time the pass for the winger to coast into the corner reducing the Sedgley lead to a single point at the break.

The second half saw Hoppers, uncharacteristically for the game, concede a few penalties and Steve Collins landed an early penalty to move Sedgley out to a four point lead, before replacement Reece Tomlinson was yellow carded for coming in at the side at a ruck.

Hoppers defence was excellent whilst down to 14 and they managed to play the majority of the sin bin inside the visitors half and when referee Brendan McGaffney showed Sedgley’s Jack Warrington yellow for the same offence, Hoppers had a man advantage and the momentum.

It didn’t take them long to make it count as again the scrum was a huge factor with another big shove giving Luke Procter the opportunity to collect from the base before Whyte again made the correct decision with a well judged kick through which Jordan latched onto to score.

Taylor’s fantastic conversion gave Hoppers a three point lead which never looked troubled. In fact they could have run away with the game as Taylor hit the post with two further penalty efforts and was denied a try of his own from Murray’s superb cross kick, with play being brought back as the full back was marginally in front of the kicker but this was a superb effort from a team growing in confidence.

Dew added; “the message we gave the lads was to play with a smile on their face, we are a good team and I think earlier in the season we were worried about doing the wrong thing and not excited about the opportunity to do the right thing.”

“We honestly believe we can beat anyone and this result proves that, we will relish the fixtures in January and should be pushing for top 6 but before that we will enjoy Christmas.” 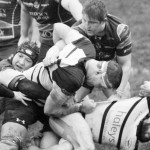 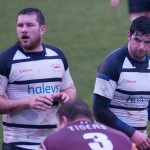 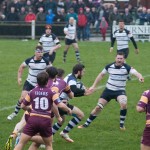 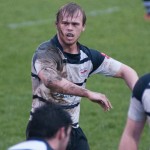 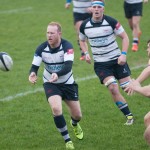 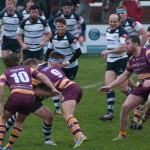 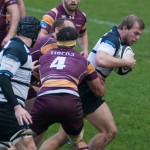 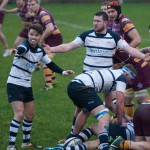 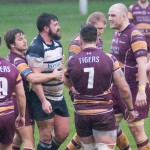 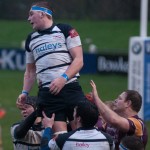 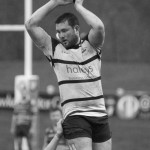 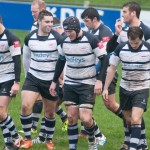