Two late Sean Taylor tries saw Hoppers claim a draw with the final play of the game against a forceful South Leicester side making their first trip to Lightfoot Green.

Hoppers looked dead and buried with five minutes to play but showed willingness and spirit that has been in evidence this season to snatch what could be an important three points come the end of the season.

South Leicester never trailed in the match and relied upon their impressive forward pack to grind out a result with an excellent set piece and a well drilled half back combination that manoeuvred the team around the park.

Speaking after the game Garth Dew said; “I’m really pleased as we showed fantastic spirit, with five minutes to play it looked like we were getting nothing from the game but we managed to pull out a draw and the try bonus point.”

“It’s tough to play with 14 men and you just can’t play with 13 and the game slipped away from us then but the bench had a great impact and this will be positive for the lads coming through as we are getting there. Zav upped the tempo late on which helped us with the tries and Oga Mabaya did well in the scrum when he came on, I thought Ally Murray and Reece Tomlinson fronted up and had good games and Oli Yates and Jon Milliken did well with Jon on debut”

“We still need to cut out the individual errors and mistakes, they have a big pack which has pushed teams around all season and we allowed them to go from set piece to set piece but we thought that they would tire late on and we were able to take advantage.”

It was South Leicester that got off to a great start and had a 14-3 lead midway through the first half as Dale Ager and Gareth Turner crossed the line either side of a Taylor penalty. Ager was on hand following a nice cross field kick and Turner scored the first of three tries from the catch and drive.
Hoppers pulled the game back to within a score when Pete Altham scored the first of his two tries when the referee reversed a decision for too much chat from the visitors and after a catch and drive effort the half backs created space for the prop to pick a fine line and power over. However, a scrum penalty just after the restart allowed Rickie Aley to slot a penalty to add to two well struck conversions giving South Leicester a 17-10 lead at the break.

Hoppers started the second half brightly but were soon down to 14 men when Tomlinson received a yellow card for an off the ball incident. The man advantage didn’t help the visitors as Hoppers levelled the score when Altham crossed for the second time cantering in down the left touchline after a great break from John MacKenzie and support work from Murray.

Straight from the restart Will Lees was unfortunate to see yellow for a mid air collision and South Leicester capitalised on a two man advantage along with mistakes and ill-discipline from the hosts as Will Evans and Jacob Heath touched down to and looked to have done enough for the midlands side as they secured the try bonus point with 20 minutes to play.

Hoppers kept going and looked to take advantage of a tiring South Leicester side and when Taylor crossed with five minutes to play it set up a grandstand finish. Hoppers kicked a couple of penalties to touch and when close to the line Harry Moulding took a quick tap with the back line making space for the full back to score.

Many teams would have settled for a losing bonus point but Hoppers sensed the opportunity for more and more penalties from the visitors helped with field position before another quick tap, this time from Murray got Hoppers behind their opponents and Milliken’s good line and well timed pass put Taylor into space and he rounded the last man to get nearer the posts for a simple conversion.
Full Time

The excellent photos below are provided with permission by Mike Craig. 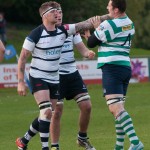 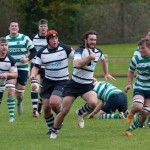 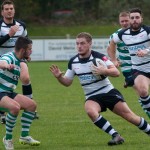 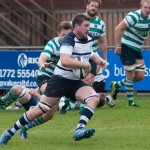 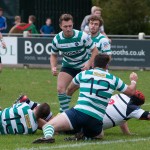 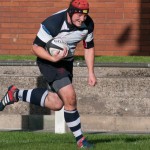 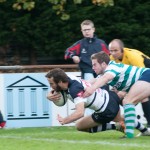 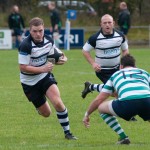 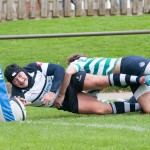 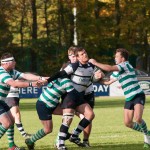 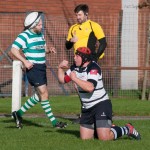 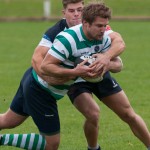