Hoppers ended a poor run of results with a comprehensive 34-7 victory over Stockport.

After an attritional first half due to the challenging weather conditions they turned on the style in the second to score five of their six tries in an impressive team display.

The win was built around a quality display the forward pack who dominated the set piece and were a constant threat around the park and some classy finishing out wide when required with Mark Murray at the heart of a clinical Hoppers backline setting up three scores.

Head Coach Garth Dew said; “After five loses on the bounce this is a big weight off the team, the wind was such a big factor and made the first half something of an arm wrestle but we turned things around in the second half and it was a joy to watch, there are big smiles all round.”

“The pack was on top all day, epitomised by that 35m driving maul for a try and our defence has improved after dropping off a little recently. Stopping them scoring just before the break was massive and after that we went ahead and started chucking it around with some confidence.”

“Mark Murray had a great game, his attitude has been very good after we talked in the offseason and he’s come in and earned his place and set up a few tries today. I’m really pleased with him.

“It was good to see Lewis Allen off the bench in what was a perfect situation for him and he made some nice breaks and put in some good touches. Zav was flying around with his normal intensity and in Scott Jordan we have a natural finisher.”

It was Jordan who opened the scoring after 15 minutes rounding off a move that started with a scrum on half way. Murray cut a superb line before delivering a subtle pass to the winger whose pace was too much for the visiting defence.

Stockport had the better of the conditions but didn’t look like breaking down Hoppers resolute defence until a pass was intercepted just inside their half and Chris Tennuci strolled in untouched. They built some momentum from the score and were camped on the Hoppers line before the break but couldn’t get what could be a crucial score, thanks to more superb defence and a lack of a real cutting edge.

To their credit Hoppers came out strong in the second half, it was always going to be easier with the wind, and the ensuing hail storm that welcomed the players back to the pitch but a real marker was laid down with a 35m driving maul that was touched down by Andy Napier.

Lewis Allen put in a good cameo performance off the bench and grabbed Hoppers third again set up well by Murray following a good turnover on halfway and Sam Kindred secured the bonus point sniping around the base of a scrum with Hoppers pack too strong for the visitors.

Hoppers didn’t rest after recording the bonus point and Jack Banks scored with ease from a catch and drive try that rewarded the forwards for a dominant display and Murray rounded off a superb performance completing a hat-trick of assists setting up Jordan for his second with the final play.

Looking forward to a daunting trip next week, Dew commented: “It will be a tough trip to Ampthill next week as it’s a long journey and they’re a good team but we’ll be going there with a strong side and the lads will be lifted from this performance so we’ll be backing ourselves to take something from the game. 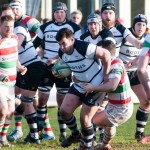 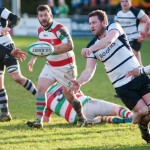 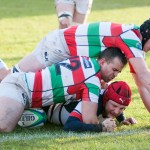 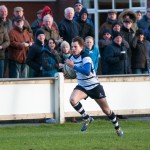 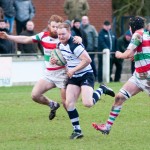 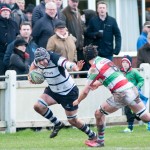 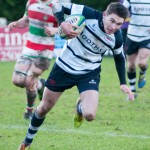 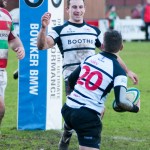 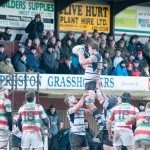 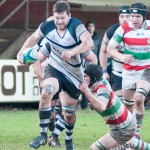 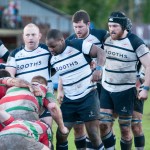 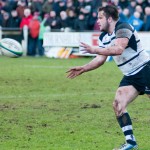 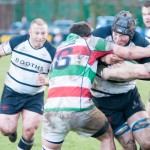 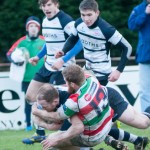 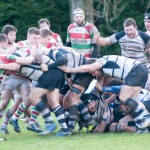 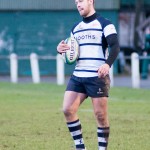