Ally Murray scored twice and Sean Taylor added 19 points from the tee as Hoppers recorded the double over Stour who lie second in the table and will be looking for promotion. With victories over the teams occupying second and third position in the league in their last two home games this could launch an interesting second half to the campaign.

After a bright start the visitors were guilty of committing too many penalties and Hoppers capitalised on this with a solid game plan, keeping possession and playing a territory game, forcing their visitors into mistakes.

Speaking after the game head coach Garth Dew said; “That’s definitely the best we’ve played this season if not the last two years and it shows we’re building something. We did our homework on Stourbridge and really worked on our analysis and apart from being caught out early it was again a great effort.”

“They like to play rugby and get the ball wide but we set out not to chase them and they had little penetration. We did our job and I’m really proud of the lads. I believe we have one of the top defences in the league and we showed that today.”

“We made some bold selections, bringing Tom Hurst and Tom Forster into the midfield but they did very well. We also gave John Peterson his first game in over a year and he stepped up and when you combine him with Alan Holmes and Pete Altham that’s a top front row.”

Hoppers started well forcing a poor clearance and after pressure in the 22 Taylor landed his first penalty but Stour’s Rod Petty quickly responded with a three pointer of his own to level the scores.
The visitors took the lead with a Nathan Bressington try following good hands and poor tackling but Hoppers grew into the game and lead when Murray was at the back of a superb driving maul.

Hoppers forwards have been in great form recently, with the scrum and line-out going well again, and they bullied one of the top teams in the league on the way to the try line.

A second Taylor penalty extended the lead before the break and he’d hit three more by the hour mark to give Hoppers a 22-8 lead. In that time Stourbridge had two players sent to the bin as their discipline was costing them. First Rob Hurrell had a ten minute break for pulling down a maul, Stour’s tenth team offence, and then Joe Heatley cynically took out the scrum half close to the line.

Stourbridge did try to mount a comeback and showed why they are in the top two as Toby Handley went over while sniping around the base of a maul. However, the match was effectively sealed with Murray’s second score. The number 8 pounced onto a loose ball, after a huge Garth Dew tackle in midfield, and kicked through to beat the cover defence for the score bringing huge celebrations on the pitch and in the stands.

The visitors did manage to add a late consolation as replacement Connor Nicholls crossed with the final play but Hoppers were well ahead and fully deserved their win.

Dew added; “We need to build on this as in previous years we’ve not backed up the big win with a good performance the following week, but that’s now just one defeat from our last eight games and with five of the next seven games to be played here we’ll be looking to move up the table and have top 4 in our sights.” 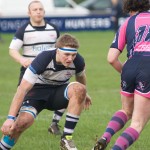 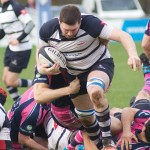 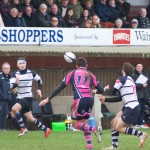 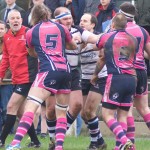 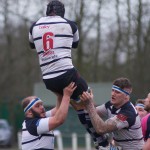 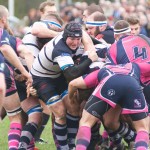 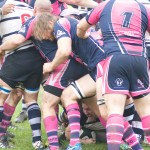 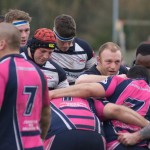 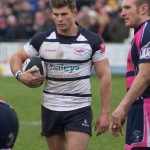 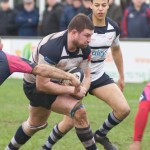 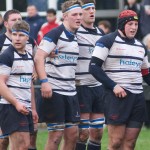 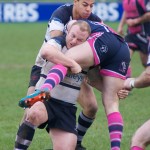 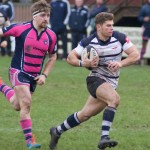 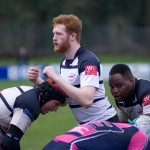 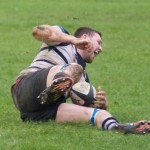 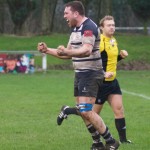