Preston Grasshoppers increased their unbeaten run to seven games with a bonus point win over Tynedale at Lightfoot Green.

Hoppers were well deserved winners but it was the visitors who put points on the board first, via a penalty from fly half Matthew Outson.

Sean Taylor, making his 150th appearance in Hoppers colours levelled with a penalty of his own minutes later, as the hosts went on to dominate the first half.

Ryan Feeney came into the side and scored the first try of the game after an inside pass from Mark Murray sent him through the Tyndale defence.

A second soon followed, as Alastair Murray went down under the posts after a strong maul drive by Hoppers’ forwards.

Hoppers looked in control with their fast paced game, although Outson sent over two further penalties to bring the score line closer as Hoppers went into half time in front.

The second forty was much scrappier than the first, with both teams down to 12 men during the game.

Another Taylor penalty was followed by a Scott Jordan try, who caught Murray’s cross-field kick to run over in the right hand corner.

A penalty try kept Tynedale in the game, but Hoppers ran away with the victory late on as Daniel Madden and Sean Taylor made sure the score line reflected Hoppers’ dominance.

Garth Dew said after the game: “I thought the yellow cards made a mess of the game, and that’s why it was a bit frustrating at times.

“But it’s our biggest home win for a long time. I thought some of the attacking play was some of the best we’ve seen lately, and generally we shut out a flamboyant team apart from the driving maul.
“Overall very pleased with the result.”

Hoppers returned to action after the postponement of last week’s trip to South Leicester, and Dew feels the week off may have worked in Hoppers’ favour.

“To be fair a lot of the lads have been ill, there’s a real man flu going around the club so I think to come back after a week off has probably suited us in some ways,” he said.

“It’s let the lads recover, but to still go out and put 39 points on a tough side is very satisfying, it’s good to keep the run going.”

The pictures below are provided with the kind permission of Mike Craig. 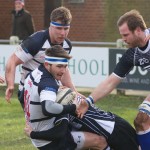 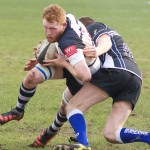 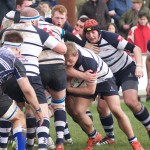 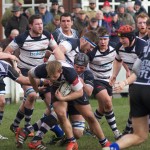 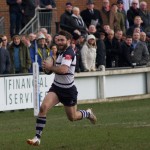 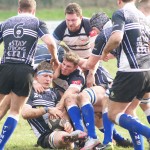 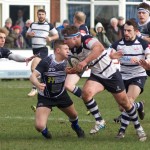 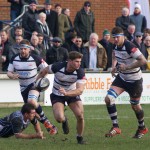 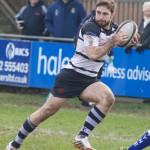 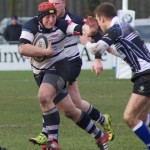 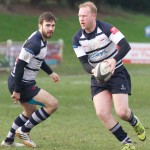 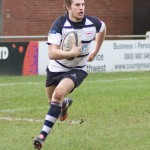 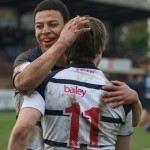 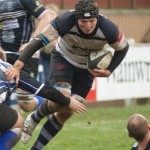 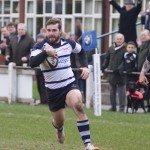