Hoppers wrapped up their pre-season friendlies with a convincing 40-7 victory over Waterloo. There were a few changes from the side that faced Newport (Salop) but a strong team with a dangerous backline was able to carve out a number of chances against their lower league opponents.

In perfect conditions for Rugby, Hoppers started well and were soon on the scoreboard when Kane Bevan was the spare man on the left wing to round off a flowing move. Hoppers were again on the front foot and deep in Waterloo territory minutes later but the winger Crow intercepted a pass on his own 5m line and sprinted clear for a converted try that gave Waterloo the lead.

Both sides looked to play open attacking rugby and with a referee keen to keep the game moving at a quick pace there was plenty of action and a few frantic minutes when Waterloo were camped on the Hoppers line and nearly broke clear if not for a huge tackle from Andy Napier.

However, it was Hoppers who retook the lead when John Mackenzie powered his way over from close range; Tom Forster converted well from the touchline. Hoppers extended their lead just before the break when Billy Woof touched down after good breaks from Scott Jordan and Napier, Sean Taylor kicked this one to give Hoppers a 19-7 lead.

The second half was a scrappier affair as a number of changes, especially from the visitors, disrupted the continuity and momentum of the game and when the scrums had to go uncontested it became a very open affair. Hoppers really dominated the second half and ran in three more tries, first Mark Murray smashed his way to the line after the previous move had been held up in goal and Hoppers scrum had worked some space.

Dan Madden scored from close range after coming onto the ball well on a good line and having too much strength for the Waterloo defence and Napier rounded off a good performance from himself and the team scoring with the final play after Hoppers stole the ball on the Waterloo 22 and the flanker was on hand to capitalise, Taylor kicked all three in a solid display from the tee.

Hoppers open up their 2015-16 National Two (North) campaign on Saturday 5th September with a trip to Chester before the first home game of the season on Saturday 12th September when we welcome Sale FC to Lightfoot Green.

The photos below are provided with the kind permission of Mike Craig. 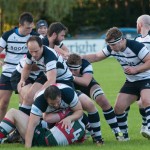 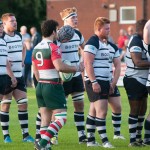 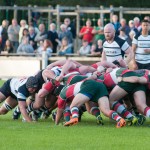 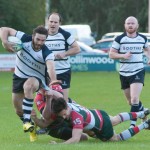 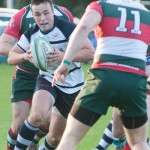 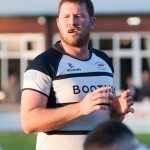 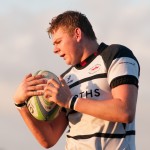 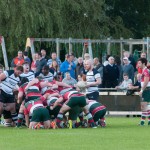 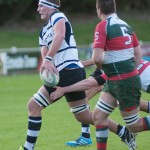 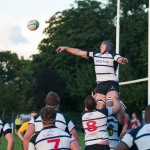 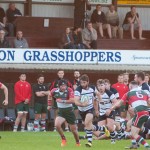 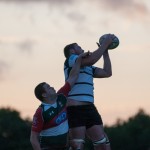 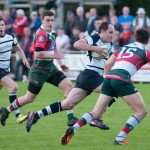