In a typical, intense and physical ‘battle of the roses’, Hoppers came up just short of victory. Frustrated head coach, Paul Arnold, reflected: “Two evenly-matched sides today and the result could have gone either way. Poor decision-making cost us the game after a good second half, our defence was good but we gave away some silly penalties at key moments. We picked up more injuries which will test our depth over the next few games.”

Early Dale pressure resulted in a try for flanker Chris Walker on four minutes, converted by Blakeney-Edwards who added a penalty three minutes later to give his side an eight-point advantage.

Hoppers at last got some possession and territory but Alex Hurst failed with a penalty before being yellow-carded for a high tackle and the home side took immediate advantage with a touchdown from centre Ben Blackwell.

Despite being a man down, Hoppers responded well and had the home pack in trouble in the tight and, after a series of powerful scrums, the ball was released and Jordan Dorrington was in at the corner and Nick Gregson’s conversion reduced the deficit to six points.

As half time loomed, Dale put on the pressure and, on the last play, Hoppers opted to run the ball out of their own 22 rather than going for touch, lost possession and Blackwell was in for his second try and the conversion made the score 20-7 at the break.

Some harsh words in the changing room seemed to have an effect and Hoppers started the second period with renewed vigour and early pressure saw Ben Dorrington in for his second and Gregson’s conversion was good.

A yellow card for home winger Cicognini allowed Hoppers to take advantage this time with Tyler Spence fielding a kick through and threading his way through from halfway for a fine individual try but Gregson’s kick failed.

Now just a point ahead, ‘Dale mounted a series of attacks but, despite a yellow card for Spence, Hoppers defence was solid with Ryan Carlson again stealing lineout ball and Hoppers finished the stronger but desperate goal-line defence denied them a winning score.

Report by Ken Moore, pictures below by Mike Craig 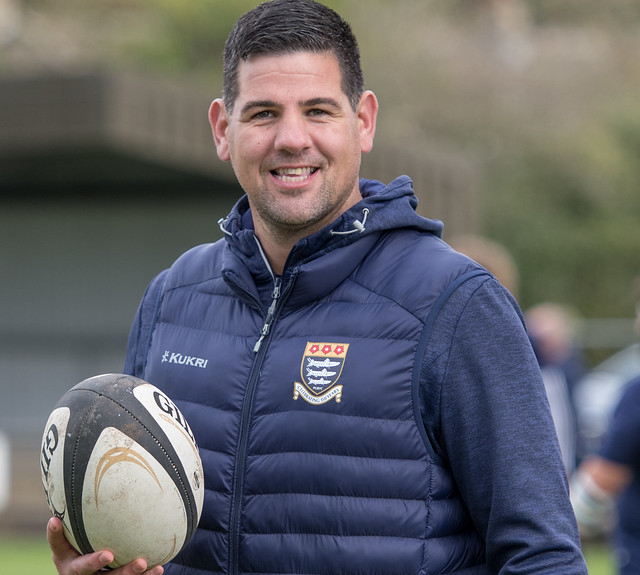