One of last season’s success stories was the performance of the clubs 2nd XV. An increased focus on 2nd XV rugby ensured that the season was an enjoyable experience for all involved and that players were part of an organised and well run structure as part of the club’s senior squad.

One excellent initiative was the introduction of Friday night rugby. Hoppers were first to host neighbours Fylde who then returned the favour later in the season. Other games were suggested for Friday nights but one or two other visiting teams declined invitations.

However this coming season will see a number of Friday night fixtures. Hoppers 2nd’s will travel to Liverpool St Helens on Friday 5th October and visit neighbours Fylde on Friday 19th October. We hope to secure return fixtures against both when the league splits into conferences in the second half of the season whilst other 2nd XV fixtures could also be moved to a Friday evening.

Speaking on the subject DoR Gareth Dyer said “I’m really encouraged that clubs are seeing this increased focus as a way forward for 2nd XV rugby. There has been a lot of discussion about the make up of the Premier Division and that clubs were finding it hard to sustain a competitive 2nd XV throughout the season. We have had seasons that have been hit and miss at this level but we have chosen to promote the 2nd XV brand and increase interest and exposure to it.”

He continued, “The standard of play in Conference “A” last season was in the main very high and it did provide a platform for players to put themselves forward for 1st XV selection. I would suggest that the standard is equal to 1st XV rugby at Level 5 (National 3 North) so whilst there is the lure of playing 1st XV rugby at a lower level, in terms of the standard of coaching and play, the Premier Division provides a strong competition that will only get better as clubs put more faith in the 2nd XV league structure”. 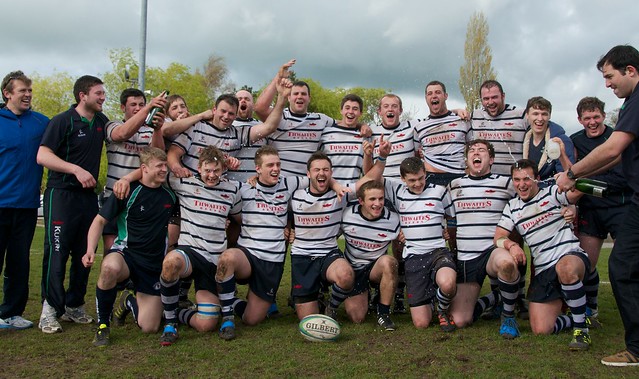