The Preston Grasshoppers team coach makes its shortest journey of the season this coming Saturday and will be escorted by further two coaches full of Hoppers supporters hoping for an early Christmas present from their favourites.

Last week’s victory over South Leicester was their third on the trot and they’ll be looking to make it four at The Woodlands Memorial Ground together with their first double of the season. Matt Lamprey’s hat trick last week was the first of the season for Hoppers. Sam Gale crossing the line four times against Sandal in the last game of our 2017/18 promotion season was the last occurrence.

This Saturday’s task won’t be an easy proposition as like Hoppers Fylde have recently found a rich vein of form, not losing in their last six outings. Their last defeat was at the hands of current league leaders Hull Ionians which was at The Woodlands back in late October. Victories over South Leicester and Wharfedale at home plus Chester, Stourbridge and last week at Sedgley Park on the road with a drawn game in Ansdell over Huddersfield completes the picture.

The comprehensive victory over the Leicestershire side last Saturday was not only a first ever success out of five attempts but the first time they’ve ‘nilled’their opponents since Pocklington at Lightfoot Green last season. The victory was sweet revenge for those who witnessed ‘South’ do the same to Hoppers during their inaugural season at this level after sharing a twenty nine all draw at Lightfoot Green in the first meeting.

This Saturday’s game will be the first meeting in Ansdell between Hoppers and Fylde in a League fixture since the home side were promoted to National 1 back in 2011. Hoppers victory earlier this season broke a run of five successive league defeats at the hands of our local rivals and you have to go back to the 27thof October 2001 and seven unsuccessful attempts to find a Hoppers win at the Woodlands. Hoppers won only one more game that season before the inevitable drop back to National 3 North as it then was. Tries from Gary Monaghan and Tim Lough together with four successful kicks from the boot of Chris Glynn outscored Craig McIntyre’s try and a couple of Steve Gough kicks.

Back to the present and a look at the league table shows us that after a slow start to the season Hoppers recent good form has seen them narrow the gap between themselves and this weeks opponents to just three points. Fylde sit fourth in the table and with the recent slump in form of the three above them, just ten points separate them from Hull Ionians in top spot.

There have been one hundred and forty six meetings between Fylde and Preston Grasshoppers Senior Sides, These break down into Club, League and various Cup matches. In the club games Fylde have a huge advantage of one hundred and three wins to Hoppers thirty four. In the various National Leagues the margin is narrower with fourteen wins to our visitors and just half that amount to ourselves. Fylde hold a single victory advantage over us at Lancashire Cup level but we won the only Senior Cup Meeting back in November 1996 which was a Pilkington Cup Tie. To complete the record there have been eight drawn games and twelve cancellations. Interestingly, a number of games were played on the Fylde and in Preston between the two clubs during the early years of the 2ndWorld War and out of the one hundred and fifty eight fixtures scheduled to be played, eighty seven have been played over in Ansdell.

The 2nd XV will also be in action at the Woodlands taking on Fylde 2nd XV at 1pm so please arrive early to cheer on the lads! 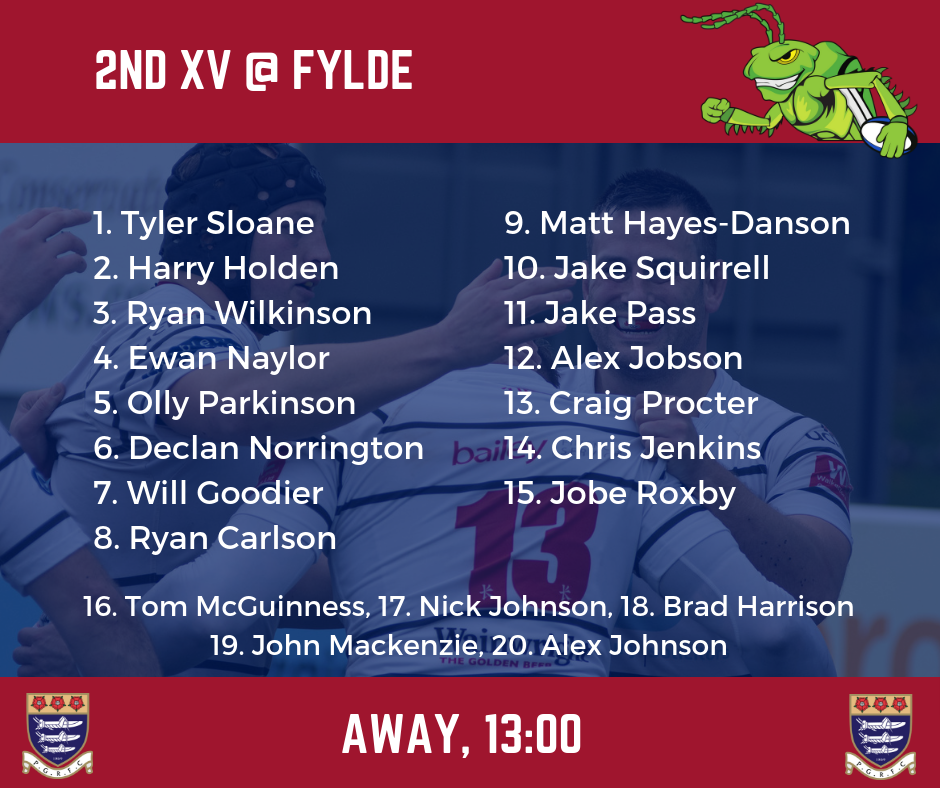 Paul Arnold makes just one change to the starting XV for the trip to Fylde with Oliver Trippier replacing PJ Millea at hooker. The only other changes are amongst the replacements where Connor Johnson and Alex Hurst return. 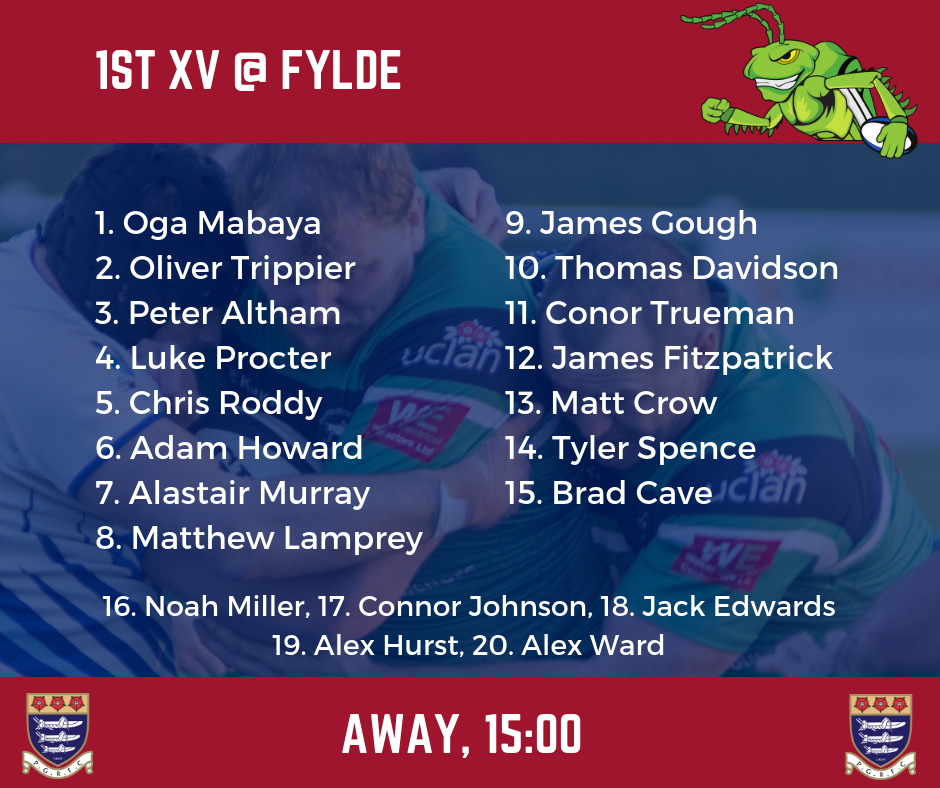 Fylde line up as listed below.