Whilst there has been no action on the field for some 16 months, work off the field has been going on across all areas of the club. From the impressive renovations of the club’s facilities to heavy investment in the pitches, time has not been allowed to pass quietly at Lightfoot Green.

Similarly, the rugby side of the club has been very busy with lots of new faces on and off the field. Included in this are a number of new additions to the coaching staff. Director of Rugby Gareth Dyer and Head Coach Paul Arnold have been working hard to add to the off field set up which has resulted in a number of appointments, which will be formally announced in the coming days.

Current Sale Sharks star and Scotland international Byron McGuigan came on board last summer as assistant coach and remains an integral part of the set up having had to bide his time after lockdowns disrupted his start to life at PGRFC.

In addition to Byron, the club have appointed long standing player Peter Altham to the coaching staff. Already an RFU Level 2 coach, Peter is being supported to attain his Level 3 award and will assume the role of scrum coach and also assist Arnold with the forwards and breakdown. 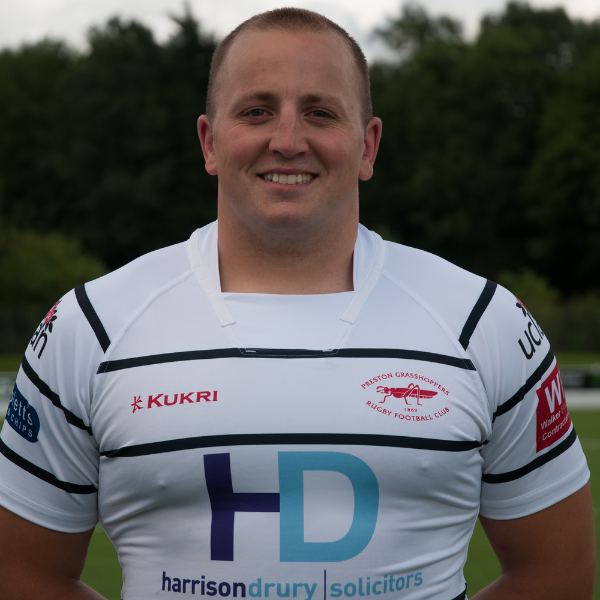 DoR Gareth Dyer said “I am delighted to add Peter to the coaching team. It’s important we develop more coaches and Peter is a keen student of the game and already has tangible coaching experience. He will combine his coaching duties with remaining an integral part of the playing squad and we’ll be looking to him to not only make his mark with the senior squad but also the Colts Section where we are investing a lot of time and effort to improve that age group.

Peter is an inspirational guy and overcomes battles every day that the rest of us take for granted. He’ll be at the club for the foreseeable future which gives him the time and stability to develop his coaching technique and approach and I’m delighted to give him the opportunity”.

Speaking on his appointment Peter said “I am delighted to be given an opportunity to develop my coaching and to be part of the Hoppers coaching staff. I am very grateful and humbled knowing that Hoppers have that faith in me.

Since I joined Hoppers in 2014, I believe that our scrum has been a strength and I want it to remain that way. We have a good blend of experienced and talented young players who together have the makings of an outstanding pack. I am looking forward to working with the coaches and players and together we will take Hoppers to the next level.”

Peter will complement existing coaches Donny Sutherland, Mark Murray and Steve Tiernan who remain part of a strong back up to Head Coach Paul Arnold.