PGRFC are delighted to announce the appointment of Jamie Bantleman to the role of Head of Performance/Strength and Conditioning. Jamie knows the club well having represented it throughout the M&Y and Colts age groups and returns to the club after several years playing at Tarleton RFC and Bowdon RFC. He is a fully qualified S&C Coach with over 10 years’ experience dealing with a range of athletes at all levels. 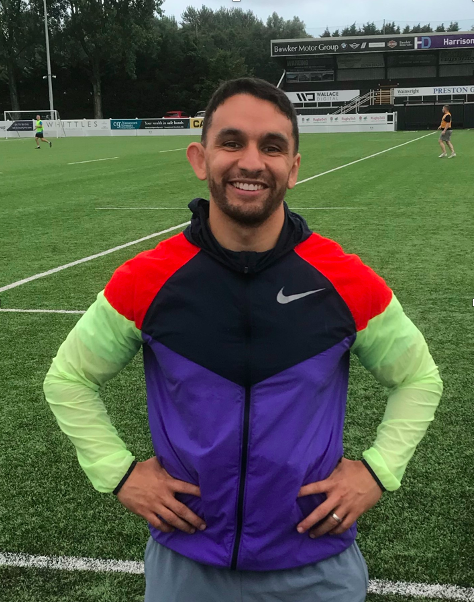 He has been working in and around full-time professional sports for the last five years and counts athletes preparing for the Olympics, Premier League footballers, Super League rugby and Premiership Rugby players amongst his clientele.

Director of Rugby Gareth Dyer said “I’ve known Jamie a long time and I think his appointment is a key one and a real coup at the same time. He will take our S&C approach to a different level. We’ve had a few false starts in the S&C role previously, trying different approaches that have not brought the consistent approach that you need. I am sure that this will change under Jamie’s direction. He understands the club, the role and the rugby environment and already he is making his mark on the playing squad. He will be instrumental in not only getting the players in peak condition but also ensuring that they maintain that throughout the season when the demands increase. He will also be instrumental in getting players back on the field quickly after injury, an area that we can definitely improve on”.

Speaking on returning to his boyhood club, James was enthusiastic to get going in the role. “After fully immersing myself in the high-performance world, taking the Head of Performance/Strength and Conditioning role at Preston Grasshoppers is something I am incredibly excited about.

“I never thought I’d get the opportunity to come back to my childhood club, so to be able to step in and help the lads is a massive privilege. I played for the club from 6 years old to 18 years old so I spent my whole childhood down at Lightfoot Green. Although my body has given up the will to get smashed for 80 minutes every week, I am excited about being a part of training and match days. Getting the lads ready for a massive season is a project I am fully prepared for. Full focus on promotion and getting us back to where we belong as club. Hopefully I’ll get to see loads of old faces in the clubhouse after our first big home 5 pointer!”

Speaking on the medical and conditioning team, Dyer continued “Lucy and Jamie will form a strong team off the field that means we can manage our players strongly throughout the season. Arnie and I spoke about learning from our last campaign when injuries really de-railed us. Giving Lucy and Jamie the autonomy to pull players out of squad training and working on them on an individual basis is just one area where we think we’ll see benefit. This could be specific conditioning or prehab work and this can only help the players stay injury free”.

Jamie will also act as a mentor to young S&C coaches in the club who will be working with the age groups to deliver a consistent approach.