A number of new faces have appeared in the Hoppers line up in the first two weeks of the season. Fly half Joe Prior has started both games to date whilst prop John Blanchard and centre Nick Gregson both made telling contributions off the bench against Fylde last weekend.

The club has moved to strengthen the squad in the key front row and half back positions after experiencing a number of injuries in those areas. Head Coach Paul Arnold said “Injuries are unfortunately a part of rugby and after a relatively long period of being free of serious injuries, we have had a number to contend with in the last few months. Oga Mabaya and James Gough are both close to returns after an extended period of rehabilitation whilst Tom Davidson has now had his op and will soon be starting his rehabilitation. Pete Altham faces a period out of the side and that is a huge loss for us as Pete has been consistently superb for many seasons. Ryan Purcell and Dan Madden have also been unavailable to us for a period but both will come back into the squad shortly.

It was therefore important that we brought in bodies to maintain the depth and quality within the squad so the additions of Joe, Nick and John are timely for us”. 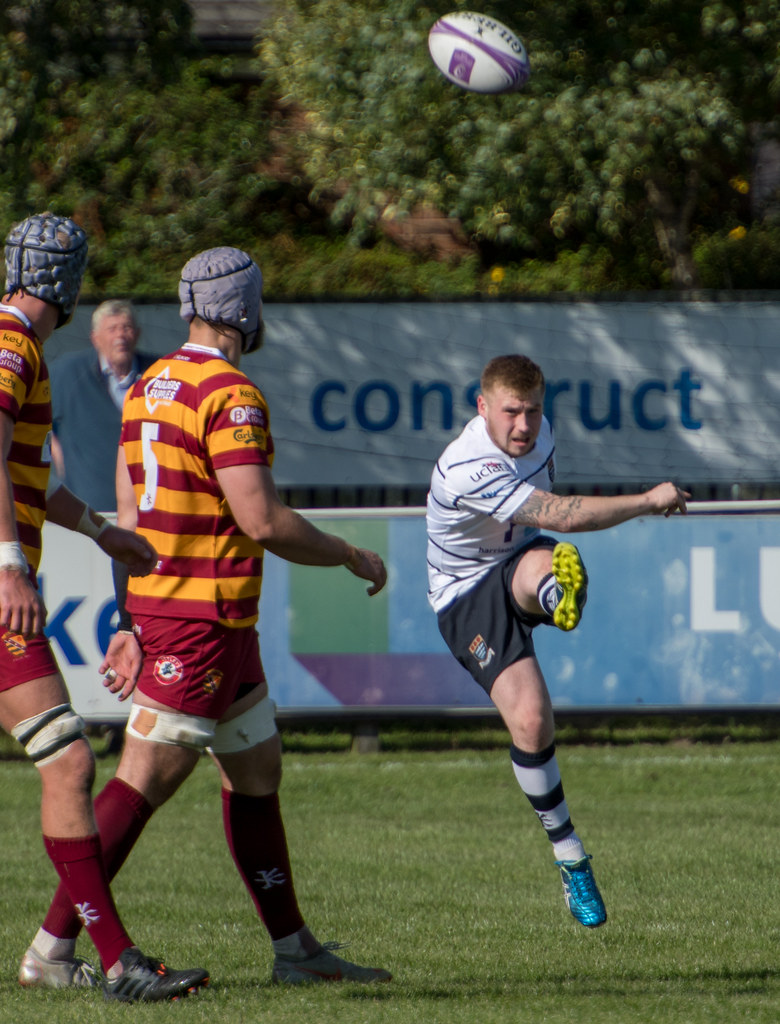 Joe Prior cleans his lines against Fylde

Joe Prior has joined the club from Wigan RUFC after playing rugby league alongside Hoppers favourite Tyler Spence. Equally at home at both scrum half and fly half, Joe was keen to step up to National League level and has impressed the coaches with his organisational ability. Head Coach Paul Arnold said “I’ve been really impressed by Joe. He’s a “gobby” halfback and I like that. He has a strong skillset and has shown he can handle the step up. As he gains more experience he will develop all parts of his game and we are keen to push him to reach his undoubted potential. 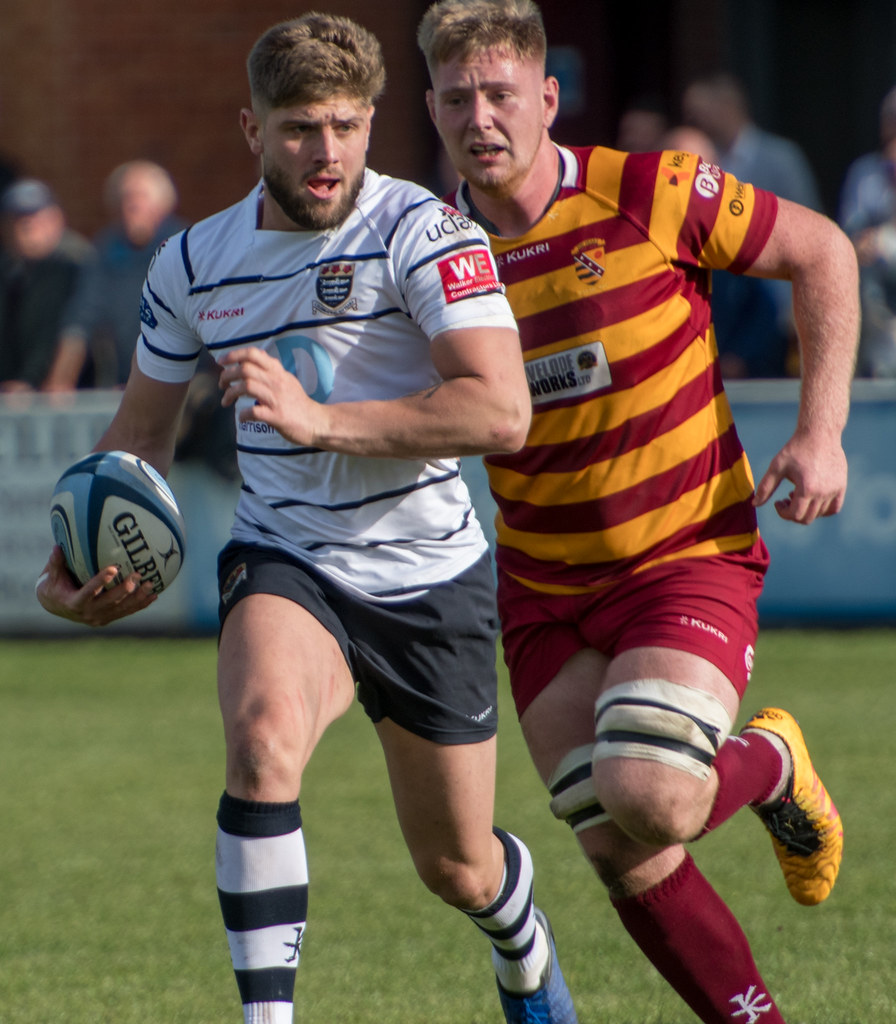 Nick Gregson has a fine rugby pedigree being a graduate of the famed Wigan Warriors academy. He made his way through the ranks and made his first grade debut during the 2016/17 season. He went on to make 16 appearances for the cherry and whites before continuing his development with a loan spell with the Swinton Lions. For the 2018/19 season he joined Leigh Centurions but again found himself sent on loan spending spells with Oldham, Workington Town and again back with Swinton. Having made over 50 career appearances he has now made the switch to union having decided he wants to test himself in the fifteen a side code.

Speaking on his move, Head of Rugby Operations Gareth Dyer said “Nick is someone we’ve been tracking for a while. We were made aware he was looking to try his hand in union and after a period of waiting to see if he was going to become available we are delighted that he has now made the move. He has played fly half and centre in league and he is keen to try both positions in union. He has a strong goal kicking pedigree also which is bonus. With Tom Davidson being out for an extended period, his addition along with that of Joe Prior gives us some real depth in the midfield positions”. 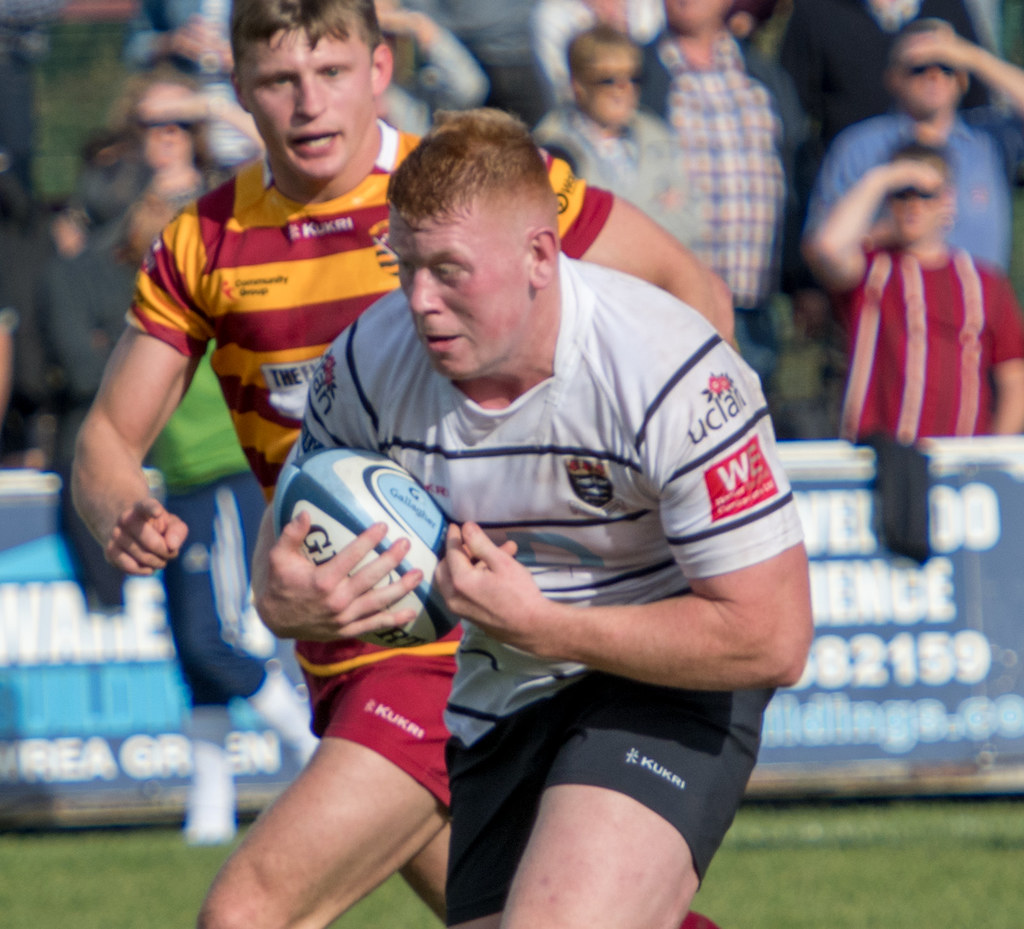 John Blanchard on the charge against Fylde

Prop John Blanchard has joined Hoppers on a loan arrangement from Sale FC. Equally comfortable on both sides of the front row, he has featured for Sale FC in both National 2 and National 1 and has been part of both the Myerscough and Sale Sharks Academies. Paul Arnold said “Blanny is a great addition to the squad. His versatility is a positive but I think getting regular game time under his belt at this stage of his career will really benefit him. He made a strong first impression last weekend and there will be more to come as he gets used to our style and he gets that 80 minute match sharpness. I’m indebted to Jonathan Keep at FC for allowing him to come to us”.