Preston Grasshoppers is thrilled to confirm the main sponsor of the International Tournament from 31stAugust to 1stSeptember is L&M Healthcare.

Part of the 150th year celebrations, the International Tournament will take place at Lightfoot Green Lane and will consist of teams from Formia (Italy), Dendermonde (Belgium) plus the Preston City Twin Town team from Almelo (Holland).

Award winning L&M Healthcare specialise in the kind of personalised general nursing and dementia care that develops, sustains and where possible improves the mental and motor skills of its residents. At every L&M Healthcare nursing home you will find expert care in a luxurious home from home environment, which feels more like a five star hotel than a nursing home.

There are currently four purpose built, luxuriously appointed L&M Healthcare nursing homes in the North West of England with a fifth due to open in September 2019 situated on former Preston Grasshopper’s land. L&M Healthcare purchased the land for their 74 bed new home from Grasshoppers and it is to be named Hulton House after one of the founding members of the club and first ever president Frederick Campbell Hulton.

Hulton House will be accepting residents from Monday 9th September 2019 and there is a public open day on September 7th open to everyone which will be opened by former Emmerdale TV star John Middleton who played the Vicar, Ashley Thomas.

Mike Forshaw, Historian at Preston Grasshoppers commented, ‘We’re delighted to have L&M Healthcare as the key sponsors of the tournament. Their association with the club since purchasing the land has been so positive and we’re very flattered that they have decided to call the new luxurious nursing home after our first ever President. The tournament promises to be a fantastic event for the club with players and visitors from all over the world attending and we’re hoping to showcase the club and the city of Preston to them.”

Local sides Blackburn, Thornton Cleveleys and Broughton (Salford) who are also celebrating their 150th Anniversary, are all taking part along with the hosts.

A Women’s team from St Louis, Missouri, USA are travelling over and will be playing games on both the Saturday against Preston Grasshoppers Women and on Sunday against  Sally Watson Memorial.

It should be a thrilling couple of days so please do make sure you come along to the club and enjoy the tournament.

Here are some pictures showing the sumptuous accommodation available in L&M’s homes. 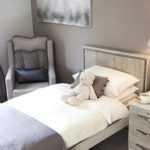 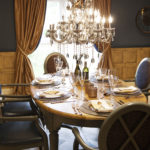 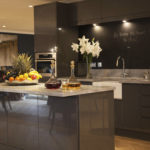 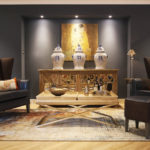 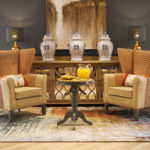 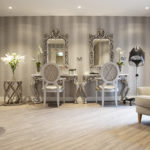