After 11 seasons of service and (a conservative estimate) over 300 games covered, 1st XV physio Nikki Salter has decided that the 2013/14 season will be her last at the club. 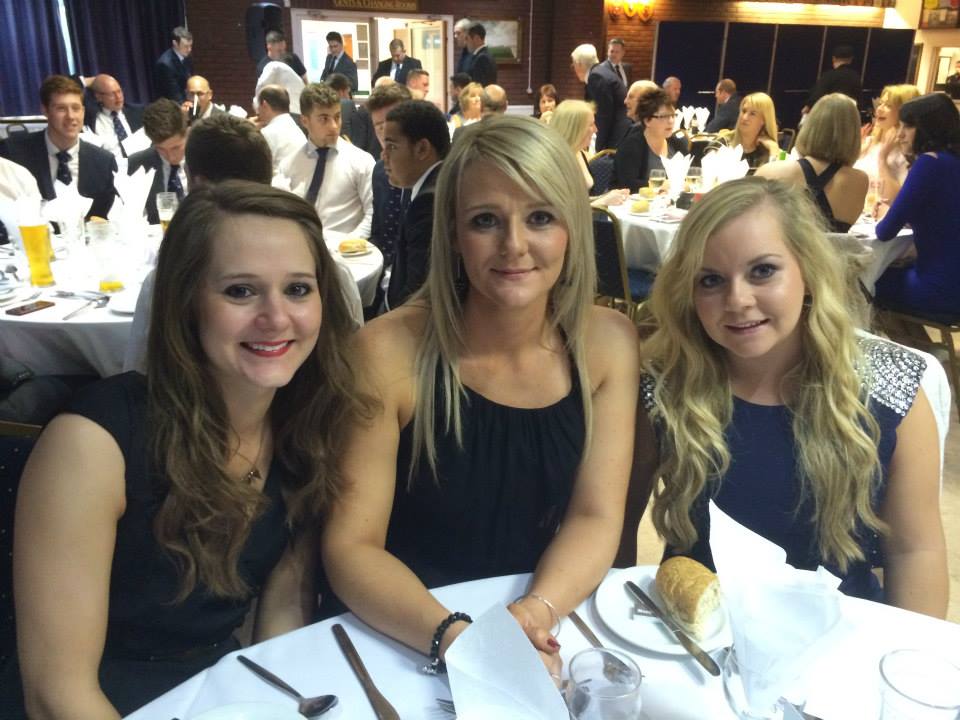 Nikki at the players dinner with Jenny and Katharine

Respected throughout the club, Nikki is stepping down so that she can spend more time with her friends and family and have some more time to herself. Writing in last weekend’s program, Director of Rugby Gareth Dyer paid tribute to Nikki’s loyalty and commitment citing her “professional and intelligent approach” to what is a vital role within a rugby club such as PGRFC.

Speaking on her decision Nikki said “I have thoroughly enjoyed my time at the club and it has allowed me to fulfil one of my life/career ambitions to be a Sports Physiotherapist within a well-respected and famous club. I have always been made to feel part of the team and have made many friends along the way. I know that I am going to really miss not being part of the team!!”

Nikki continued “I’d like to thank all the coaches and staff that I’ve worked with over the years especially Joanne, Jenny and Kathryn with whom I’ve worked closely and of course the players. You have all contributed to making my time at the club so enjoyable. I leave with so many good memories. I wish the physio who takes over all the best and hope they have the great experiences I have. I’ll still be coming down to the club to watch the team but maybe not on the rainy days! If the club is ever stuck they know I will be happy to cover games. After all “Once a Hopper, Always a Hopper!”