PGRFC Head Coach Paul Arnold is to step down from his role at the completion of the current 2021/22 playing season. Arnold, who took over the role at the start of the 2017/18 season, is stepping away from the club for personal reasons.

Arnold has overseen four playing seasons during his tenure after initially signing as a Player Head Coach. He led Hoppers to promotion as champions from the Northern Premier League during his first season in charge and then delivered a credible 7th place finish the following season in National Two North. The disappointment of an injury riddled relegation season affected by the Covid pandemic was a disappointment but on the resumption of playing this season, at the time of writing Hoppers are on course for a return to National Two as we sit second in the Northern Premier Division with four games to play. As we understand it, the RFU have committed to two promotion spots from the regional premier leagues this year.

Arnold also ended his distinguished playing career during his time at Lightfoot Green. In a stellar playing career he played 450 senior games across a number of clubs as well as gaining representative honours with Lancashire, England Counties and the Barbarians.

Speaking on his decision Paul said “This has been a very tough decision for me but also a very easy one too. It will be tough to leave Hoppers and the group but my family’s needs are increasing and the time has come for rugby to take a back seat after 20 plus years of playing and coaching. I need to be at home more so the time commitment and travelling have become issues for me.

Those who know me and my family will be aware that my son Kobi has additional care needs and as a family we’ve been making changes to ensure we can give Kobi the best possible lifestyle.

I’m determined to finish the season strongly. We have lots to play for between now and the end of the season and there will be no let-up in our approach. I want to go out on a high and pass on a strong base for my replacement to build on.

I have lots of people to thank for their time and support whilst I’ve been at the club. The supporters have been brilliant with me always offering support and encouragement. It’s a special club and they’ve made me, Emma and the kids always feel part of the Hoppers family.

The players have always given everything for the shirt and I want to thank them all for their commitment and effort. Same too with the team off the field who are a great bunch to work with and I am sure will be just as good to work with for the incoming Head Coach. I am delighted that our win percentage during my years at the club with be over 60%. That’s none too shabby!

I want to give special mention to three guys off the field who have been a huge help. Craig (Steel), Gareth (Dyer) and of course Donny (Sutherland) have been superb to work with over the last 5 years. Their loyalty and support has proved invaluable. Gareth and Craig have made my job easier by covering all the off field needs so that I can concentrate purely with on the field matters. They have become good friends and whilst Donny is no longer with us, I will always take with me the memories we shared and the great pieces of advice he passed to me”.

Speaking on behalf of PGRFC, Director of Rugby Gareth Dyer said “We are sad to be losing Paul at the end of the season. He has been a huge part of the club over the last 5 years and his energy and positive mindset have driven the club forward in many ways. We totally understand his reasons for doing so and wish him, Emma and the kids all the very best. They will always be part of the Hoppers family.

On a personal basis I’ve got to know Arnie really well and I’m going to miss him. The big handshake and infectious positivity you get each and every time you see him will be missed. He’s one of life’s energisers and the type of person you need around”.

The club will be looking for a new team of senior coaches as the club can confirm that assistant coach Byron McGuigan has also left the club. Dyer said “We wish Byron well in the future. He made a positive impact on the club during his time with us. Byron has a number of opportunities available to him and after looking at the whole situation, those would appear be a better fit for him going forward. Therefore, we’ve agreed to go our separate ways so that he can explore those opportunities and we can appoint a new coaching team to lead the 1st XV squad”.

Talking about the search for a replacement Dyer said “Word always gets around on these occasions and we’ve already had some interesting expressions of interest in the role. Obviously we are interested to talk to anyone who is keen to discuss a coaching role in more detail”.

Anyone who would like to discuss the opportunities at PGRFC should in the first instance contact the Director of Rugby Gareth Dyer. The relevant contact details are below: 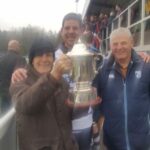 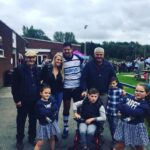 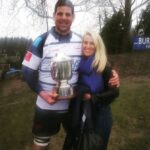 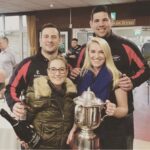 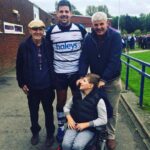 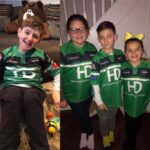