PGRFC celebrated a strong 2021/22 season on Saturday night in the Lightfoot Green clubhouse. The first Players Dinner in three years was well attended by players, coaches, officers and supporters with over 130 gathering to celebrate the season.

Director of Rugby Gareth Dyer paid tribute to the club’s resilience in a testing season. “No one knew at the start of the season what to expect. Would we get a full season or have constant interruptions? What I can say is that through the dedication of everyone involved, we put together a plan to support everyone’s return to the game and given that as a club we have over 750 active players across all of our sections and age groups, to have no discernible outbreak across the club is testament to the leadership that was shown and the responsibility taken by everyone to support those procedures”.

Dyer also talked about the outstanding commitment made by players and coaches to get teams out throughout the season.

“I think it’s fair to say that the game generally has struggled to get players to commit to playing regular rugby. Some clubs who may have run four teams pre-covid have struggled to get two sides out this season and up and down the country the amount of games that have been win-overs has increased throughout the year. It’s not a good look for our game and something that has to be addressed. That we have been able to fulfil 97% of our fixtures in the Senior and Ladies sections by running six senior men’s sides is against that backdrop nothing short of incredible and unique”.

On that basis the Dick Leigh Clubman of the Year Award went to Corey Wallace for his outstanding stewardship of the 3rd to 6th teams. Corey it was remarked has been the glue to the club and his approach had energised players to commit to enjoying the game via a mixture of well organised training and a good social scene. It was a double celebration for Corey after leading the 3rd XV to a victory over neighbours Fylde Saracens that afternoon in the NOWIRUL Trophy Final at Vale of Lune.

The club then made the following awards across the teams: –

The prestigious “Team of the Year” award was shared by the 1st XV and Ladies XV. Both had achieved promotion with the Ladies XV also being crowned Champions in an undefeated season. The 1st XV has also secured a place in the Lancashire Cup Final which will be played against Widnes on 21st April at Wigan RUFC (kick off 4pm).

The club also paid tribute to outgoing Head Coach Paul Arnold who leaves the club this year after 5 seasons in charge. Dyer remarked that he had done an excellent job and was a constant positive presence over those five years whilst Chairman of the 1869 Supporters Club John Dewhurst paid tribute to Arnie’s willingness to engage with the supporters whatever the result and be approachable to discuss the games with the supporters. The players also presented Paul with a commemorative bottle of whisky to show their appreciation of his efforts.

The club also took time to remember Donny Sutherland who had passed away earlier in the season. Dyer dedicated the promotion to him and paid tribute to the sterling work Donny had done in the Covid period to establish the protocols that were used throughout the season. The 1st XV Most Improved Player Award was renamed to become the “Donny Sutherland 1st Most Improved Player Award” to reflect the passion Donny had for the development of young players and would be a lasting legacy to the work that Donny did in that area.

Dyer closed the evening by thanking the army of volunteers who do so much work to keep the club moving forward. His final closing comments of “I’m a proud Hopper, you are all proud Hoppers, next season we will give it our all to be even better than this year”. 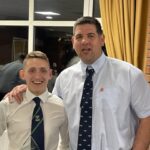 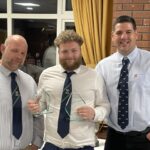 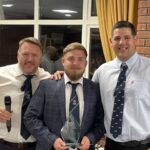 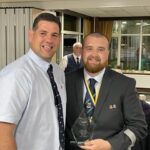 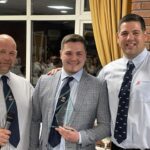 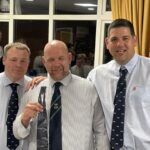 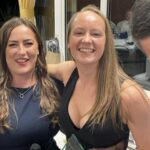 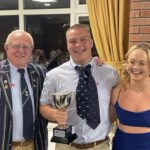 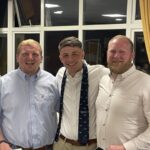 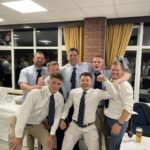 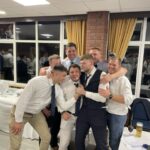 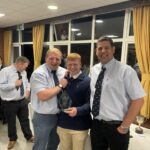 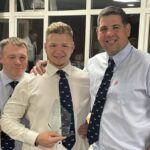 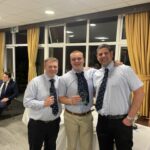 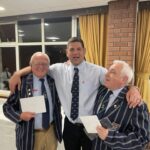 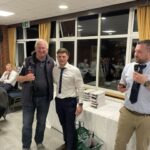