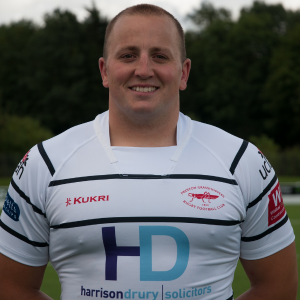 Obviously, it’s a massive honour to be part of the coaching staff at Hoppers. I’m getting to that stage now where I’m thirty-two, I’ve been out of action for a whole season with a pectoral tear, Covid’s happened and I’ve started thinking about my post-rugby playing career.

It’s a great experience for me to get involved with the staff here. I’ve been coaching at Myerscough College for the last three years but I want to get involved in adult rugby. Hoppers supported me to do my level three coaching qualification so this is a development for me in pursuing that aim.

Having missed so much rugby with injury myself I want to help continue that dominance in the scrum. To do that means that with new, young players there will be a focus on body positioning, core strength and basic technique to enable them to play well and safely.

Yes, I will be working with the Colts once the season is up and running. So many younger players these days don’t have any coaching in good technique and I see some guys who are quite dangerous with the way they play so I want to be passing on how to scrum safely.

That’s what I hope to do. At Colts level there is a massive difference between scrummaging against your own age group and that of experienced adults. It can be quite dangerous and they have to be mentally as well as physically prepared for adult rugby.

There has been great development with regard to scrums over the past years, certainly since the eighties. I remember when I first started playing adult rugby it was; Crouch, Touch and Hit. In my opinion scrums have become safer but it has also become more technical in terms of positioning before, during and after engagement and it has to be consistent all the way through.

Referees are very keen on reducing the number of re-set scrums so, as a team, we want to make sure that we have that consistency, that we can have a real  impact on opposing teams without being penalised and get the ball out to the backs to score tries.

During a break in training I managed to have a few minutes with some of our ‘returning players’ and get their thoughts on being back at Hoppers. 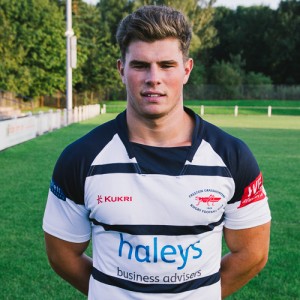 Yes, I really enjoyed my time at Rossendale and I think I’ve benefitted a lot. There are different conditions up there, a different game plan and different facilities, which makes you appreciate the facilities we have down here. Working with different players, some ex- Hoppers, you really learn a lot from them. I feel like I’ve matured whilst I’ve been away so I’m coming back with a different mindset.

It’s good, really good. It’s not that far from my house and obviously I have been around the Club for a long time. I think my grandad said my first day out was here at a couple of weeks old! So it’s always been close to me, my dad played here and my uncle, my grandad always came down and a lot of my mates are here as well so it’s good to be back.

Yes, it’s exciting. A different game plan, and obviously playing on this pitch which will help to play a fast game although it’s harder on my legs…

Yes, and it’s good that we’ve got Byron in. He’s offering a different dynamic, we’re learning a lot from him, stuff that he’s bringing from Sale and the international game so it’s exciting, I’m really looking forward to it.

I think that we had a couple of years where we had a lot of players who weren’t from the area, who played here for maybe a year or two and didn’t stick around the Club as much. Now there are quite a few Hoppers lads who have come back and we want to bring back that connection with the whole of the Club because it is a family Club and that’s what the social teams want to see as well. There’s loads of kids coming down on a Sunday and they need to be coming through so it’s important that there is a good mix.

Next I spoke to Sam Gale 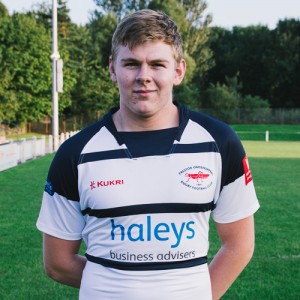 It’s good, yes, there’s a buzz about the Club and I’m enjoying it. Training’s going really well, I’m feeling very happy with it although the body’s a bit tender, feeling stiff and old but everything else feels sharp.

Growth. Going into a club a league below Hoppers, we were expected to do a bit more for them but coming back it’s been nice to return as a player and with a more senior mentality. I feel I have a lot more to contribute. It’s still early days but we had a good chat at the start of the season and I thought that was really positive. Maturity is a massive thing and going to another club has helped me. Now, two years on I have grown up and I am a different player

I’m excited for it. Apprehensive, as I’ve not played since November 2019, so although the body is fit I am nervous about snapping something else because it happens doesn’t it? It’s been so long you do wonder but, yes I’m excited to play and I want to get straight back, promoted and playing regularly.

I then caught up with Alex Taylorson

It was not too bad. It was good to have exposure to North Division One with another club. I enjoyed my time there and I learnt a lot but sometimes it’s good to come back to what you know here at Hoppers. A few mates have come back too so it’s good to be playing alongside Harry and Sam.

The squad is big which is good and keeps a wide skill set. The coaching staff have had a real impact, bringing in new ideas and some new structures that the squad’s reacted to really well and with Jamie and Lucy we see a very professional environment looking after the lads so it’s been very good so far.

The idea of the ‘First Team Brand’ is a good thing. There is a new Leadership Group which will help instil that brand here at Hoppers which is important, given the last season they went through. It’s starting to have an effect, things like honesty in training, just getting all the lads on the same page so that everyone is part of the team.

I feel very confident going in to it. Competition within the squad is high which drives the skills and keeps the standards up. We have a really good, competitive squad and coaching team and I am excited going into the new season, I think it’s going to be a good one for us.