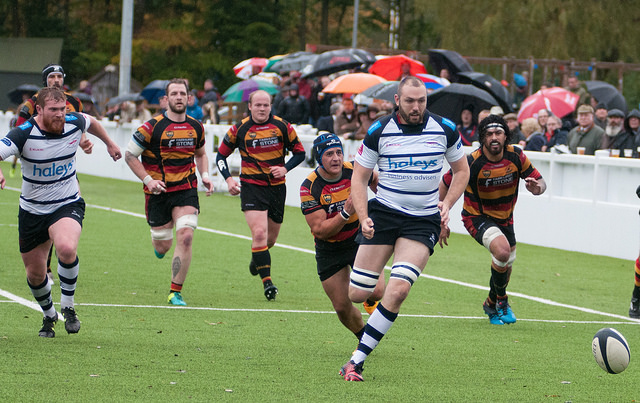 Preston Grasshoppers First Fifteen head off to play at another new venue this Saturday where Rossendale RUFC with be the hosts at their Marl Pits venue in Rawtensall over in East Lancashire.

Another stern test will await the visitors where a number of familiar faces will be waiting on the playing field to give a ‘warm’ welcome! Amongst those and recently having worn the blue and white of Hoppers will be, Jack Ward, Reece Tomlinson, Jack Wilkinson and of course Lewis Allen all of who will no doubt be wanting to prove a point or two together Former Hoppers Skipper ‘Mooney’ whom we hear has received an injury that’s currently keeping him away from the action will no doubt be in attendance as well. Rossendale’s Head Coach Mark Nelson will cut a familiar figure to most of the visiting squad and followers having crossed swords with Hoppers on many occasions in the past under the more recognisable figure of Fylde’s top man.

Hoppers stuttered to a narrow victory last time out over the Cumbrian’s from Kirkby Lonsdale whose confidence grew from the home sides indiscipline and their sure footed goal kicker amongst other factors. If Hoppers are to maintain their high position in this league they’ll have to learn from this, and learn quickly! Quite simply the visitors used their experience from playing their rugby below Level 4, whereas Hoppers still have a few things to learn from that aspect.

As mentions earlier, this will be the first ever meeting between Rossendale and Preston Grasshoppers’ senior sides over in Rawtenstall with just a single game played in Preston. This was a Lancashire Cup semi-final tie at Lightfoot Green back in May 1997 when the home side ran out comfortable winners to proceed to the Final, playing Orrell at The Woodlands.

Our hosts have had a mixed start to the season, winning four and losing a couple but amongst their scalps just a few weeks ago was that of Ilkley who were previously unbeaten, with credit given for lowering the Yorkshire side’s colours on their own soil.

The 1869 Club have a poster on the noticeboard for a trip with the usual lunch stop en-route to Rossendale next Saturday. As usual, everyone’s welcome with the fare £15 and accompanied juniors travelling for free. The coach departs Lightfoot Green at 11:15am and will leave Marl Pits around an hour after the final whistle. 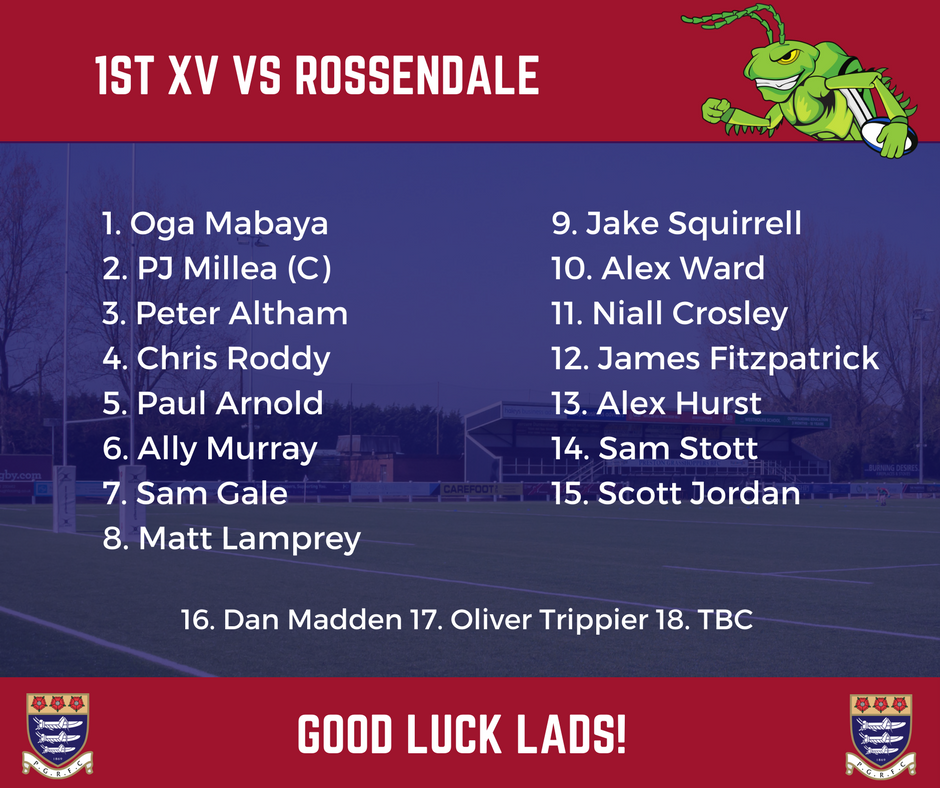