Hoppers Junior Girls caters for girls aged between 11 and 18 inclusive (Years 7 through to Upper 6th form).  Training is held on a Sunday morning starting at 10:30am

As with any sport, there’s no need to compare between genders. We’ve created a strong development pathway for the girls, with the same goals – to develop great players, well-rounded individuals, and create a genuine love of the game. The team has been growing consistently over the past few years, with around 35 individuals playing each week, bringing together all sorts of personalities and abilities.

The team is made up of girls from all parts of Lancashire – and even beyond – which shows just how fast interest is growing in the sport. It’s not just the growth of our own girls’ team that’s exciting, but also how fast the game is developing in popularity throughout the world. It’s exciting to see rugby reach all sides of the globe – with diversity and inclusivity at the forefront of people’s minds.

We have various age groups for the girls’ teams including: U13s, U15s, U18s, and a brand-new group of U11s. This shows just how much rugby is having an impact on girls of all ages, ensuring that the sport is instilled in them from a young age. We saw an increase in interest in the number of girls wanting to sign up after lockdown, from looking for a new challenge to wanting to get back out there and socialise.

Because of this growth, we expanded the coaching setup, utilising the skills of club legend, Richie Sands, as well as welcoming more and more mums and dads into the mix. This support has not only helped the growth of the teams, but also allowed us to build on adding more age groups and become more of a force within the club as a whole. We also have the invaluable support of Louise Harrison, who has been a player on the women’s team for many years, and a fantastic part of the club. She provides the link between the girls and women’s teams, allowing younger players to have a seamless journey into the older groups.

From a personal point of view, this season I’ve progressed with my England Advanced Coaching Award, which has allowed me to bring a different approach and perspective to coaching the girls. Any new skills and techniques I can master will only benefit the team and provide the girls with the very best start in rugby.

Our philosophy is always focused on fun and development. The girls are often given the opportunity to create their own training sessions and manage their own rugby journeys, instilling a sense of independence, confidence, and teamwork. We’re hoping to continue this mentality throughout all of the age groups.

In some development news, three of the girls are now in the Sale Sharks Premiership Centre of Excellence (Sale Sharks Prem Academy), which then leads on to the National Talent Development group (England U18s). This is an amazing achievement and opportunity in itself, but we’re also hoping that maybe some of those girls will soon be wearing the red rose. Let’s see what the season brings!

When it comes to playing, we don’t commit the team to a structured league, but more of a festival format called ‘Pitch Up & Play’. This allows the girls to do their very best without the additional pressure of a league, as well as making new friends too. We often invite clubs with smaller numbers to join us and vice versa, which further cements that rugby / community mentality. We should also be participating soon in our first Lancashire Cup Festival, for both 7s and 15s, giving the girls a chance to experience both formats. The girls also continue to represent Hoppers for Lancashire, particularly the U18s, and more recently, the U15s.

I’d like to end by saying how proud we are of all the girls, as well as a massive thank you to the coaches and parents, who are extremely supportive and go above and beyond.

Here’s to the next season! 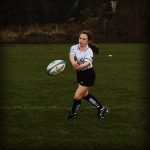 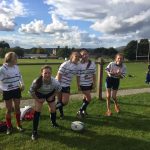 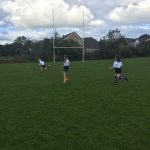 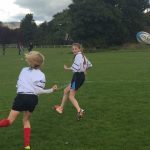 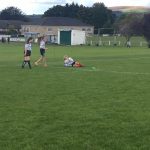 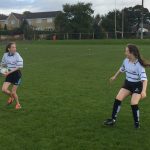