Hoppers’ 150thyear has seen its players, staff, members and supporters take part in a number of celebratory events which will live long in the memory. Monday saw another chapter of the sesquicentenary unfold as “Steely” and I travelled down to The Woollam Playing Fields in St Albans to spend some time observing and interacting with the staff and players at Saracens, the current English and European Champions.

The trip was facilitated by ex-Hopper and current Saracens Head Coach, Alex Sanderson, after the three of us spent a couple of hours chewing the fat and talking rugby at the recent Sesquicentenary Dinner at Lightfoot Green. A near four-hour journey meant for an early start, but we were greeted by fine weather in Hertfordshire and an extremely warm and accommodating host.

A tour of the facility (which Sarries rent from Old Abanians RFC) followed, before a hearty breakfast and a more than decent cup of coffee! The playing squad (minus 15 on RWC duty) were on site, preparing for their morning training session and a number of them immediately introduced themselves. It was notable how welcoming and friendly everybody was, and it gave the first real insight into the famous Sarries culture which has been one of the bedrocks to their success over the last decade.

Whilst outlining the day, Alex was genuinely interested to find out what we were hoping to learn and encouraged us to ask as many questions as we saw fit. As “Backroom Boys” at a Level 4, Semi-Professional club, we felt extremely privileged for the experience as it isn’t every day that an elite, world class sporting institution opens the doors to its inner-sanctum.

Following breakfast, we observed the players indulging in a weights session, some skills and some fine tuning of their set pieces, including some lung busting scrummaging drills. It was apparent that although the squad were there for hard work, they really enjoyed being there and being in one another’s company. Sarries present themselves as a very happy and selfless squad, boasting exceptional rugby players and a real hunger for making memories.

Despite the Rugby World Cup being in full swing, Sanderson can still call upon the likes of Alex Goode, Alex Lozowski, Nick Isiekwe, Ben Spencer, Brad Barritt, Ben Spencer, Nick Tompkins, Jackson Wray and the giant Wallaby Will Skelton. In short, they boast a phenomenal squad and both Craig, and I were struck by the quality, talent and in some cases the sheer physical size of the academy graduates who underpin Sarries’ future.

After lunch the Director of Rugby, Mark McCall, introduced himself to us both and we spent a really enjoyable and interesting ten minutes in his company. Once more we were both struck by how personable and welcoming he had been, and we made a point of telling him how impressed we were by everything and everybody that we had seen. 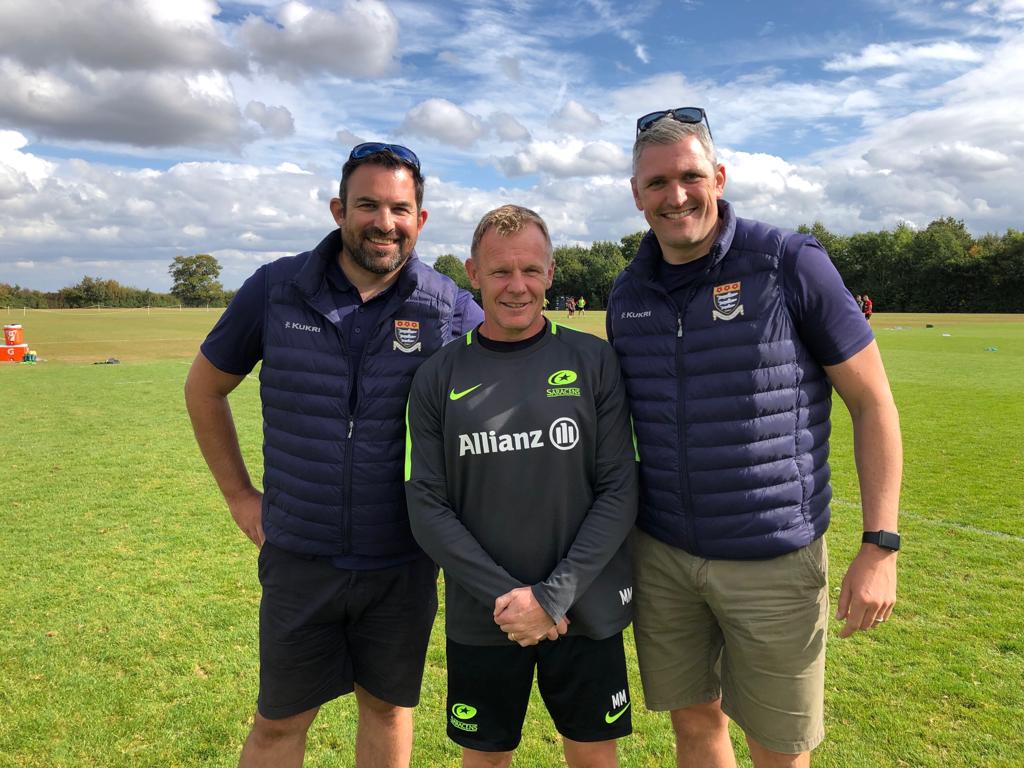 At this point we were invited to observe Alex briefing the former Scotland Captain and current Academy Coach, Kelly Brown, in readiness for some analysis of the previous Saturday’s victory against Wasps in the Premiership Cup. In order to avoid burn out and promote development, in what is a prolonged and demanding season, Brown assumes primary coaching responsibility for the Premiership Cup fixtures. All of this was part of what Sarries call their “Install Day” and marked the start of their preparations for the forthcoming game against Sale Sharks.

This aspect of the visit proved invaluable to us both, as it gave a fascinating insight into how Sarries coach and motivate their players, analyse their performances and maintain that all important culture. In line with the start of our next 150 years, we’re committed to rebooting the culture and values of the Hoppers 1stXV Squad in order to give ourselves a more contemporary feel.

The final part of the day saw the Sarries squad back outside on the impressive Woollam Playing Fields and we observed them going through a range of drills, skills and systems. It was apparent how sharp everything was and how few errors there were. All of this was completed under the watchful eye of Mark McCall and a couple of drones which now play an essential part in performance analysis at elite rugby clubs.

Sadly, once the afternoon session had finished, it was time for us to depart, but Craig and I both remarked that we would happily observe Alex and the players all week! There was time for the obligatory photographs and there is even prospect of us returning in the Spring, as we hope to share our learning and demonstrate what we have managed to implement at Hoppers. As we made our way back to the car, the day was capped off by a chat with Brad Barritt who asked how our season had started and wished us luck for the forthcoming game against Sheffield Tigers.

With thanks to Mark McCall, Alex Sanderson, Ian Peel, Kelly Brown, all the coaching and support staff at Saracens and of course all the players for giving Craig and I this fabulous opportunity and making us so welcome on the day. We hope to see you all again soon and good luck for the rest of the season from all at Hoppers! 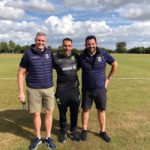 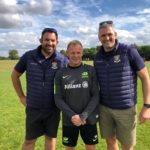 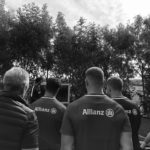 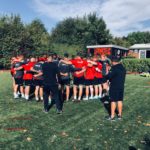 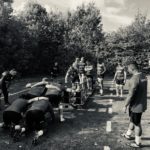 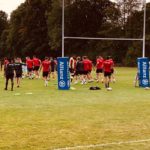