As part of the year-long programme of events celebrating 150 years of the club, an international tournament, sponsored by L&M Healthcare, was held over the weekend at Lightfoot Green.

Teams arrived from Formia in Italy, Dendermonde in Belgium, Almelo in Holland, who are twinned with Preston, along with a large contingent supporting the womens’ rugby team, The Sabres, from St Louis, USA. Along with local sides from Blackburn, Thornton Cleveleys and Broughton they took part with Hoppers’ teams in an entertaining festival of competitive rugby watched by a good crowd on both days despite the varied weather.

Saturday saw the three teams from Europe play thirty minute games against Blackburn 2s, Thornton Cleveleys and Hoppers’2s in a round robin. Thornton Clevleys were a strong side and actually scored more points overall than the others but Dendermonde, the Belgian League Champions, were the dominant force and they swept all their opposition aside to win the day’s trophy.

The day’s programme concluded with a game between the Hoppers’ women and the Sabres refereed by England World Cup winning player La Toya Mason. The Sabres proved themselves a tough, athletic unit and defeated the Hoppers’ 36 – 10. Unfortunately Hoppers suffered a blow to the start of their season as chief try-scorer, Brooke Tashner, was stretchered off the field with a suspected broken ankle.

All the teams were presented with a souvenir tee shirt and a Hoppers shield.

Saturday evening saw the Dooley suite full of players and their supporters and the American girls, having set up a long table, were the first to settle down to a night of music and dancing. Surprisingly, there didn’t seem to be too many alcoholic casualties the morning after although Malcolm did look a little fatigued first thing.

Sunday was planned as a similar programme to Saturday but some late changes necessitated a reduced format. Formia and Almelo had suffered several injuries in the previous day’s encounters and felt that the playing standard was higher than they were used to. As their respective home seasons start next Saturday, they did not want to risk any more losses and opted out of the day’s play, Almelo taking a trip to Blackpool instead!

The day went ahead with teams from Dendermonde, Broughton and two sides from Hoppers, a Third XV and the Hoppers’ Barbarians which, in the spirit of international rugby, fielded some of the Italian team and a couple of American lads alongside the Preston players.

Again the Belgians were too strong and took the day’s trophy without conceding a point.

The weekend was rounded off with a match between the Sabres and the Hoppers’ Sally Watson Memorial team refereed this time by Alison Fox. Sally, a long standing member of the Hoppers Women’s rugby section lost her battle with cancer just a few years ago and the match was preceded by a minute’s applause in her memory.

The Sabres fielded their vets side for the first half but found themselves two tries down at half time and their players suffering from the fast pace on the AGP. A series of second half replacements restored their athletic game and they ran out victors with a score of 27 – 14.

The trophies for Sundays’ competition were presented by Jeanne Davies from L&M Healthcare ably assisted by our club president.

The weekend was a great success and credit must go to Mike Forshaw for his co-ordination of all the year’s programme of activities, Malcolm Alden for his liaison with the European teams and particularly to John Powell for his organisation and the smooth running of the Tournament.

As ever, thanks also go to Mike Craig whose gallery of pictures from the weekend can be viewed by clicking on the photos below.

The season starts in earnest on Saturday with a visit from Sedgley Park so get down and give your support to set the lads on their way. 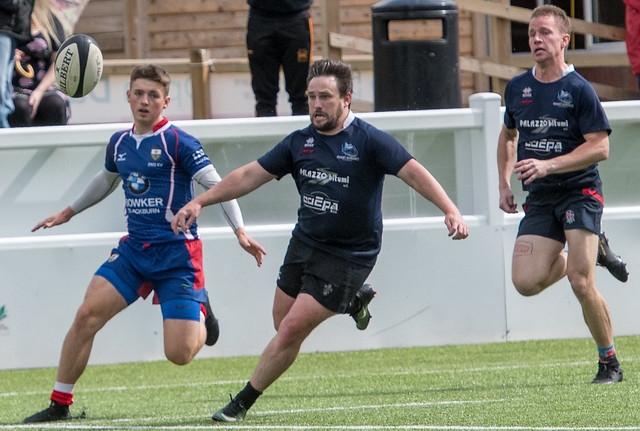 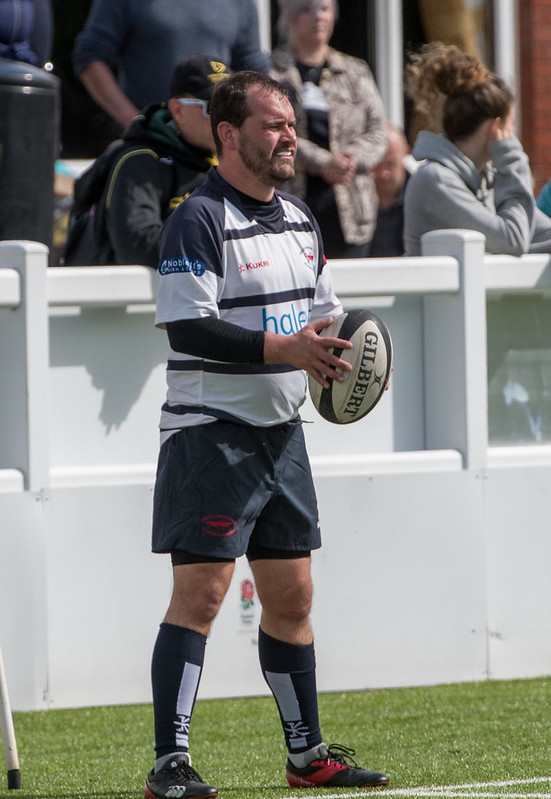