Sunday 13th January 2019 is a date to remember at Preston Grasshoppers for Ladies Rugby. For the first time in history the ladies fielded two teams playing at the same time with 36 women taking the field with a Hoppers jersey on.

A windy day at Lightfoot Green, Hoppers Ladies 1st XV played Chester Devas for the 2nd time this season with the score first tie round being a 43- 10 win to Hoppers, Hoppers wanted to bring this into this game and that’s what they did with the 1st 3 minutes Hoppers were already 5 points up with a try from Brooke Tashner this being her 1st game back after suspension. The next try came in the 16th minute from Emma Pooley with a conversion from Catherine Wilcock making the score 12-0. The Next try then came on the 25th minute to Alex Simpson again converted by Catherine Wilcock. 31st minute Brooke Tashner scored her second of the match this one being converted by Catherine Wilcock. 5 minutes later Lisa Jones came on for Brooke Tashner after Brooke took a knock on the knee and with her 1st touch scored the final try of the half. Half time score 31-0

Half time changes Tori Williamson on for Sarah Boaler, Maggie Forbes on for Olivia Jack

The 2nd half saw Chester getting back into the game with the 47th minute scoring there 1st points of the match and again scoring on the 64th minute, yet another later in the 75th minute but two minutes later Sarah Lovejoy scored the only try for Hoppers in the 2nd half converted by Catherine Wilcock. Final score 38-15 to Hoppers Ladies 1st.

Forward of the Match Sarah LoveJoy

Back of the Match Brooke Tasher 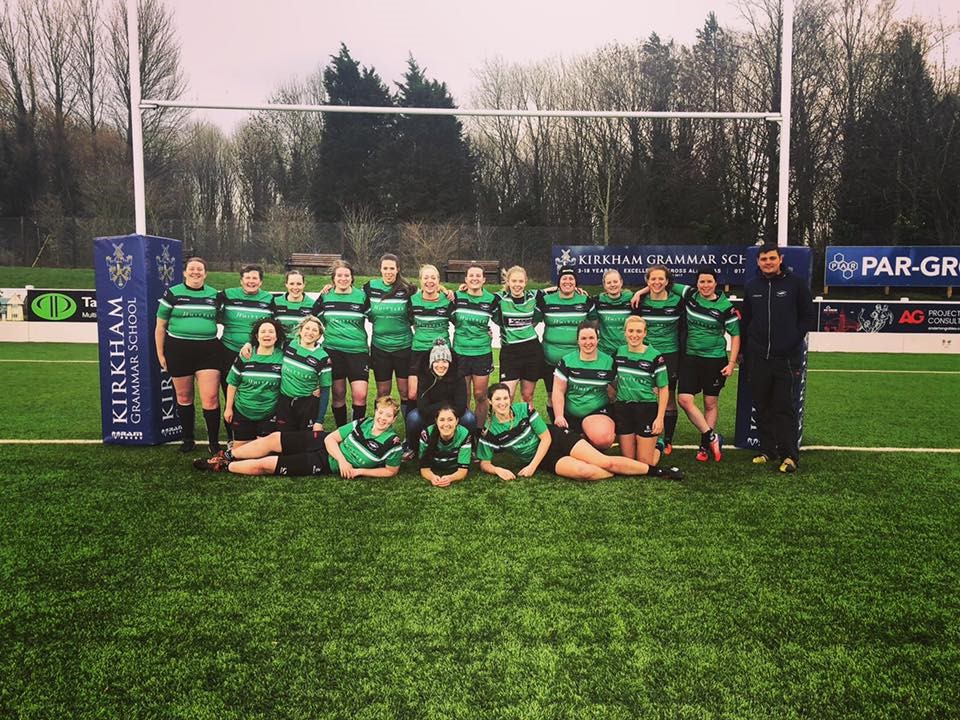 At kick off Preston were receiving and started off well, but due to a handling error in the first 10 minutes saw Fleetwood charge at Preston’s try line but with an amazing defence Preston held it up for a 5-metre scrum, Fleetwood’s ball. Fleetwood kept knocking on Preston’s door and another break from Fleetwood was held up with some impressive defence from Preston’s ladies. 20 minutes into the first half Preston went down to 14, due to an unfortunate injury to Sophie Williamson and with no subs they held their own with 14. With 2 minutes to go in the first half Preston made a break down the left wing only for the ball to be knocked on which ruled out the try.

Second half began with 0-0 Preston kicked off to Fleetwood with several turn overs going each way. Fleetwood were first to get some points on the board. That seemed to be the wakeup call the Preston Ladies needed and they charged into action. Some brilliant passing and the ball arrived with Harriet who charged for the line from twenty metres out for Preston’s first try, but no conversion score 5-5. Fleetwood restarted, and Preston made some good ground with the ball and got put into touch line out to Fleetwood. Fleetwood got the ball to their centre who found a gap in defence and got another try for Fleetwood but no conversion, Score now 5-10 to Fleetwood. Preston restarted, and Preston were on the back foot until a crucial turn over. The ball smoothly passed down the line to Harriet for another break and second try of the game. Try was converted by Jamie Connelly score now 10-12. The last ten minutes was end to end battle Preston defence not allowing any breaks even with a last break from Fleetwood. End score 10-12 to Preston an amazing battle with a player down. 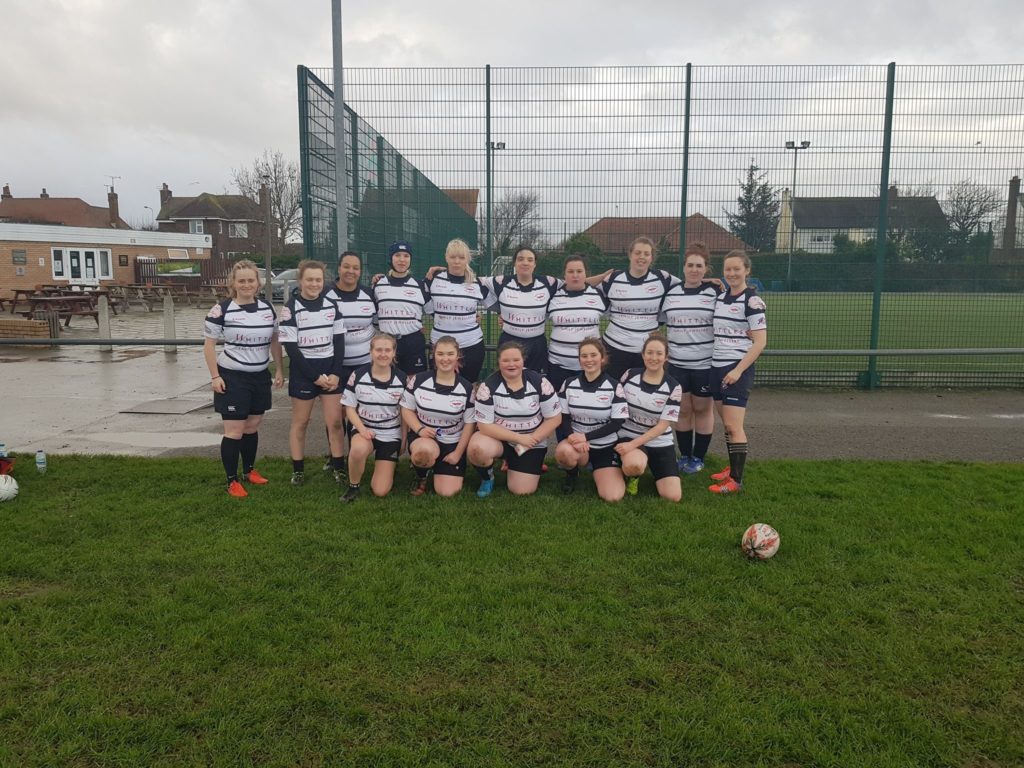 ‘A Millstone in the club’s history was reached on Sunday 13th as the ladies team fielded two teams for the first time which is momentous occasion for the ladies section this achievement  has been reached through hard work, diligence and sheer graft from the coaches, the players and everyone else involved with this wonderful ladies section of the club and long may we hope this continues.’ Keith Brierley (Club President)